TAIPEI (Taiwan News) – A long-line fishing vessel registered at Su-Ao (蘇澳) Port in Yilan, Taiwan, has gone missing in the Pacific Ocean. Taiwan has requested the assistance of the United States and Japan in locating the ship.

Loss of radio contact with the Jin Longtai No. 6 (進隆泰6號) was reported at 8:50 p.m. on Wednesday (Aug. 21) by the ship’s owner who suggests that the satellite phone onboard may be faulty or damaged. The owner had reportedly been trying to establish contact with the ship since 4:00 p.m. on Aug. 18.

Contact has been made with other ships in the vicinity, but none of them have reported contact with the Jin Longtai in the past several days. The Fisheries Department and the Coast Guard are coordinating efforts to locate the ship with Japanese and U.S. agencies, according to the report.

The ship and its crew of nine are presumed to be about 2,600 miles from Taiwan somewhere in the vicinity of the Midway Atoll. The Jin Longtai has been at sea since July 6 with a Taiwanese captain surnamed Wang (王), along with a crew of one Chinese and seven Indonesian fishermen, reports Liberty Times. 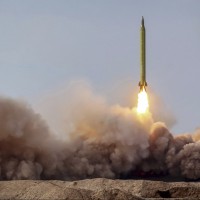