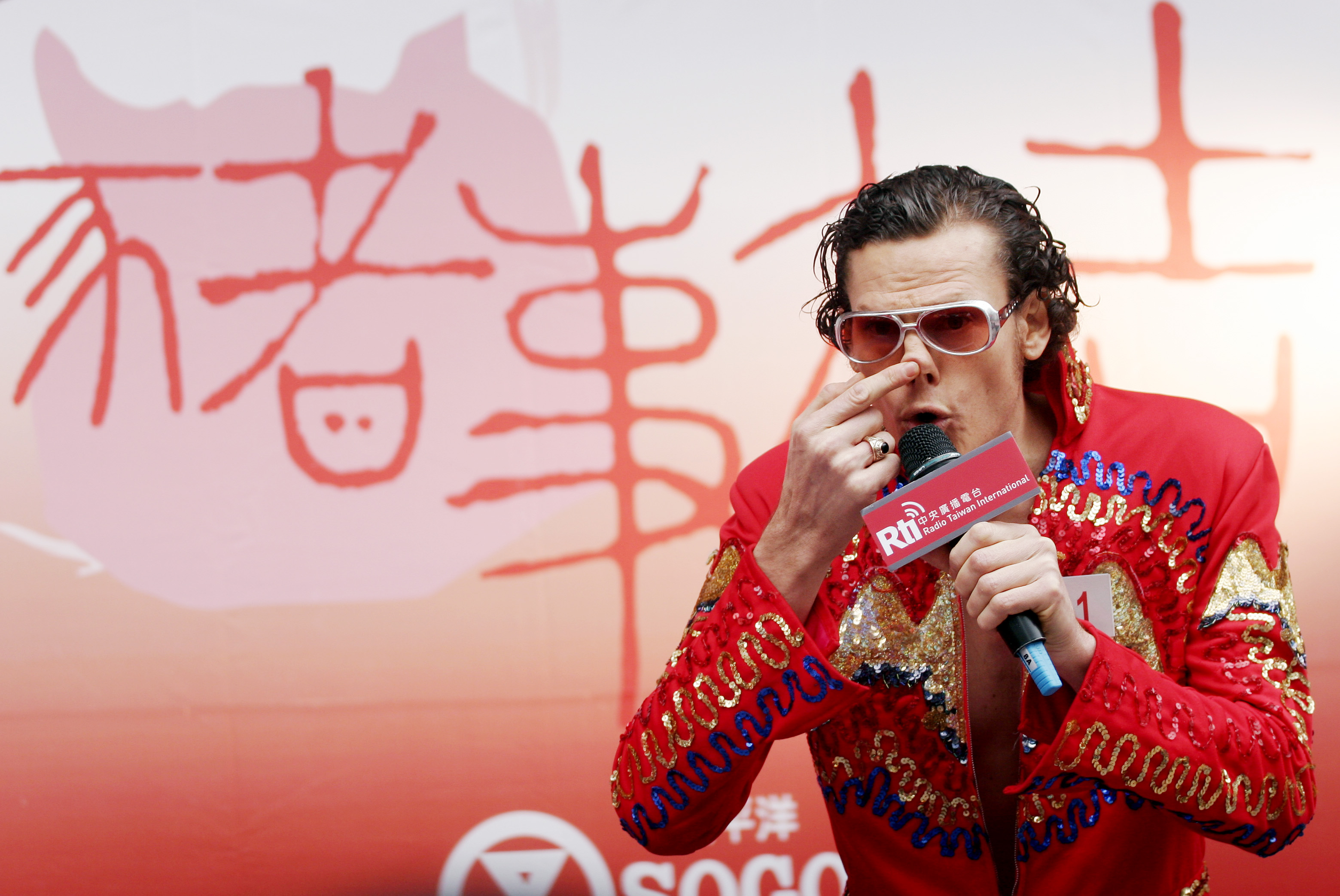 Ooi Pey Wen, a 19-year-old student from Malaysia, took the top prize of NT$15,000 in winning the "Mandarin/Taiwanese Speech Contest for Foreigners," held by Radio Taiwan International at Taipei Sogo Department Store yesterday afternoon.
Currently studying at National Taiwan Normal University in a preparatory program for overseas Chinese students, Ooi gave a lively speech about pigs, in which she used traditional Chinese narrative styles.
"Pigs are simply too lazy to eat, too lazy to walk and too lazy to play online games," said Ooi during her speech.
Many passers-by were impressed and amused by her performance, delivered in a combination of three languages - Mandarin, Taiwanese and Cantonese. Her talent was later confirmed when she awarded the top prizes for best speech, most entertaining speech and best stage presence.
Thirty-four contestants from seven countries - Vietnam, Russia, the United States, Korea, Australia, the Netherlands and Germany - took part in the annual contest, with 28 competing in the Mandarin division and six in the Taiwanese division.
Most participants were learning Chinese in local universities but some were working as caregivers and one is a yoga teacher.
The winner in the Taiwanese category was Jung Soon Jong, a Korean-Chinese studying at National Taiwan University, who spoke about the origin of the pig year.
Jung's secret to winning the contest?
"I can't really speak Taiwanese, but since the organizers told me there were many Chinese speech contestants and asked if I'd like to join the Taiwanese group, I agreed," Jung said. "I was very surprised that I took first place because I had to memorize each word and its pronunciation."
Some of the others in the Taiwanese speech competition had to bring a draft of their speech on stage because of their unfamiliarity with the language.
The contest's theme marked the upcoming Year of the Pig, a year when people hope for greater wealth. But foreigners seemed to have different concepts of the what the year symbolizes.
American yoga teacher Rob Ogle dressed like Elvis Presley and gave a speech about Presley's excessive intake of bacon.
"That's a true story. He did eat a pound of bacon a day," said the 35-year-old, who said his speech was a message against overdoing things.
A pair of Russian speakers, one carrying a knife and the other dressed like a pink pig, took second place. They discussed formal Chinese proverbs related to pigs, particularly timely after Education Minister Tu Cheng-sheng shocked many educators by claiming that the "Three Little Pigs" could be considered as a formal Chinese proverb.
Third place finisher Lee Ying-hui, an American of Chinese decent who dressed like a hog farmer with a bucket, taught the public how to move an overweight pig.
"You need to lift its front legs first and it will move its rear legs. Then you push it like a wheelbarrow," Lee said.
One of the judges said the contestants were judged primarily on the interest the audience showed in the speeches.
"If the crowd smiled before a speaker began, we knew that person would be a good speaker," the judge said.
RTI was established in 1996 and currently broadcasts in 13 languages around the world.