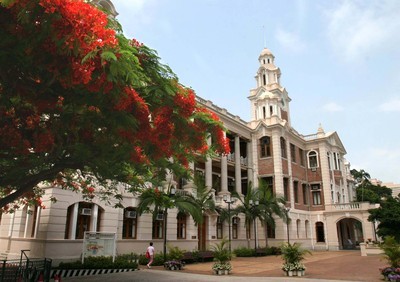 TAIPEI (Taiwan News) – Following the forced resignation of Rupert Hogg, CEO of Cathay Pacific, it is claimed there have been a number of high-profile sackings and resignations to individuals supporting the anti-extradition bill protests.

According to Ming Pao, two University of Hong Kong (HKU) vice presidents, Steven Cannon and Andy Hor (賀子森), have resigned. A university statement said the resignations were not forced or related to the ongoing protests but were instead due to “personal considerations.”

However, Chair of the Academic Staff Association of HKU, Cheung Sing Wai (張星煒), said four of seven vice presidents, including Cannon and Hor, have resigned after HKU President Zhang Xiang (張翔), who is from China and has openly denounced the protests, assumed his position. Cheung said the university is facing “reconstruction,” as Beijing wants “an obedient university rather than a high-ranking renowned university where students and teachers go on protests.”

Air Authority Hong Kong (AAHK) has also confirmed it terminated the employment of two managers, although it refused to disclose the reasons. HK01 quotes internal sources suggesting the pair had worked at AAHK for two decades, and openly supported the protests, while one was suspected of leaking airport security information to protesters during the 813 Airport Assembly.

Top personnel changes are also ongoing at The Hongkong and Shanghai Banking Corporation (HSBC) and Hong Kong Mass Transit Railway (MTR). Unconfirmed rumors claim the changes are due to the individuals' support for the protests.