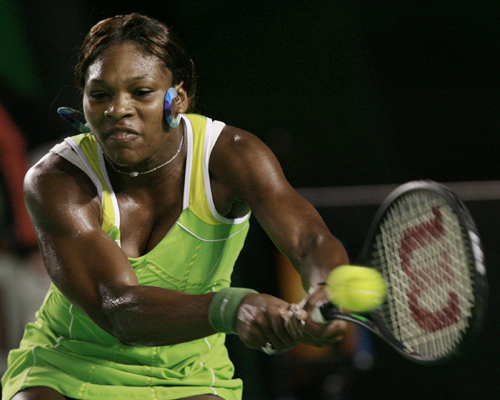 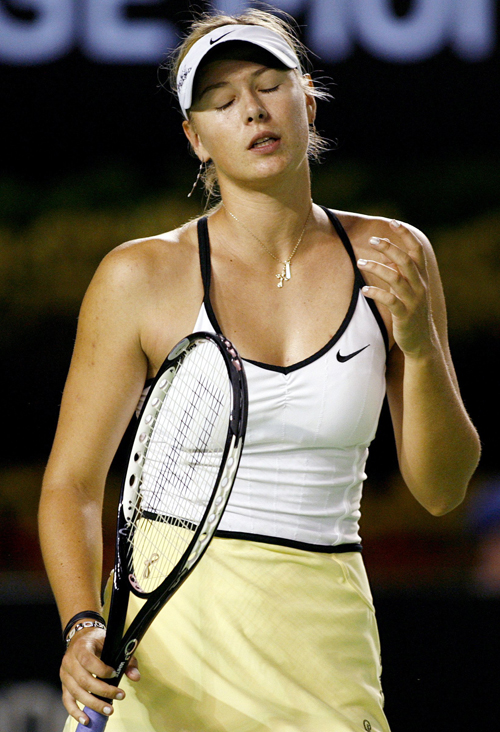 Maria Sharapova said she would carry the memory of yesterday's Australian Open thrashing from a "flawless" Serena Williams for the rest of her career and use it to make her stronger.
The Russian pin-up admitted she sought solace from her mother Yelena after being humiliated in losing a Grand Slam decider for the first time after winning both her previous appearances in the final of a major, at Wimbledon in 2004 and last year's US Open.
The ultra-competitive 19-year-old said she always hated losing but yesterday's drubbing was particularly galling since it was her mother Yelena's birthday and she wanted to dedicate the win to her.
'Not fun'
"I'll be honest with you, I don't like losing. You all know that," she told reporters.
"It's not fun. You go back in the locker room (thinking) 'darn it, I just lost, someone is celebrating over there, they're going to be opening a bottle of champagne.'"
Sharapova said Williams had made the most of her chances and ruthlessly punished her errors.
"She came out today and she really played flawless tennis," she said. "Maybe you personally gave her those chances ... but on the other side she still had to do it, had to go out and play well, and she did."
The Russian added that she tried to get back into the match by getting Williams involved in rallies but the American kept coming up with winning shots.
"I was just trying to find a little door opening that maybe I could get through, try to get in the rallies a little bit, which was difficult because we didn't really have enough of long rallies for me to really like try to grind it out or fight it out," she said.
"So it was just really a matter of serving well and returning well. And I didn't think that I did either well."