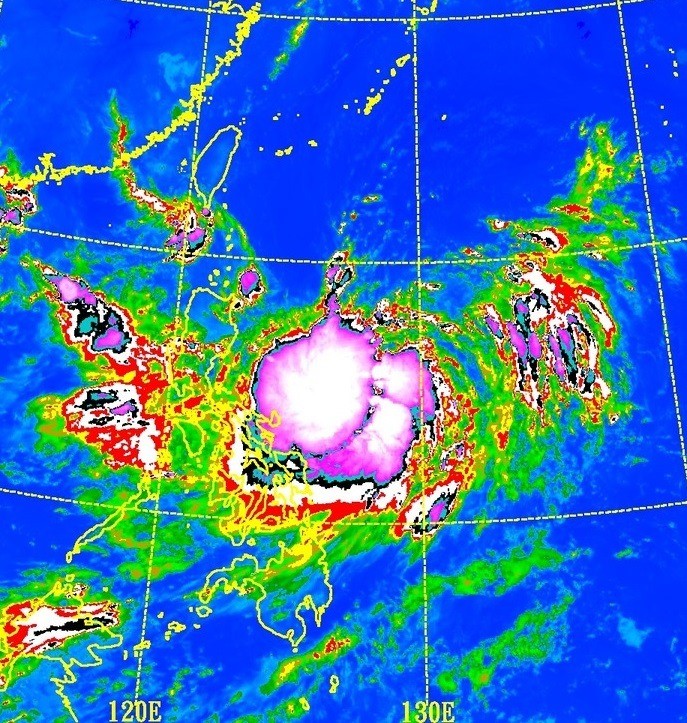 HUALIEN (Taiwan News) -- Taiwan’s Central Weather Bureau (CWB) initiated a typhoon notice on Wednesday (Aug. 21) in anticipation that Tropical Storm “Bailu” may impact Taiwan by this weekend, with the possibility that it may become a typhoon prior to making landfall in SE Taiwan’s Taitung County late-Friday (Aug. 23) or early-Saturday.

As of 6 a.m. on Thursday (Aug. 22),Tropical Storm “Bailu” (known as “Ineng” in the Philippines) is located at 16.2°N, 129.6°E, approximately 800 Km southeast of Taiwan, traveling WNW at 15 km/hr, and currently had sustained winds of 18 m/s (65 km/hr), with gusts to 25 m/s.(90 km/hr), reported by Japan Meteorological Agency. Impact from the storm will likely be felt in Taiwan from Friday afternoon through Saturday.

Although currently undergoing further consolidation, Tropical Storm Bailu is expected to gain in wind strength and forward velocity during its approach to Taiwan, possibly reaching typhoon strength, with sustained winds over 30 m/s (108 km/hr) and gusts exceeding 45 m/s (162 km/hr) as it closes in, and the CWB will issue land and sea warnings if/as necessary on Friday (Aug. 23).

As the situation changes, Taiwan News will provide additional updates.