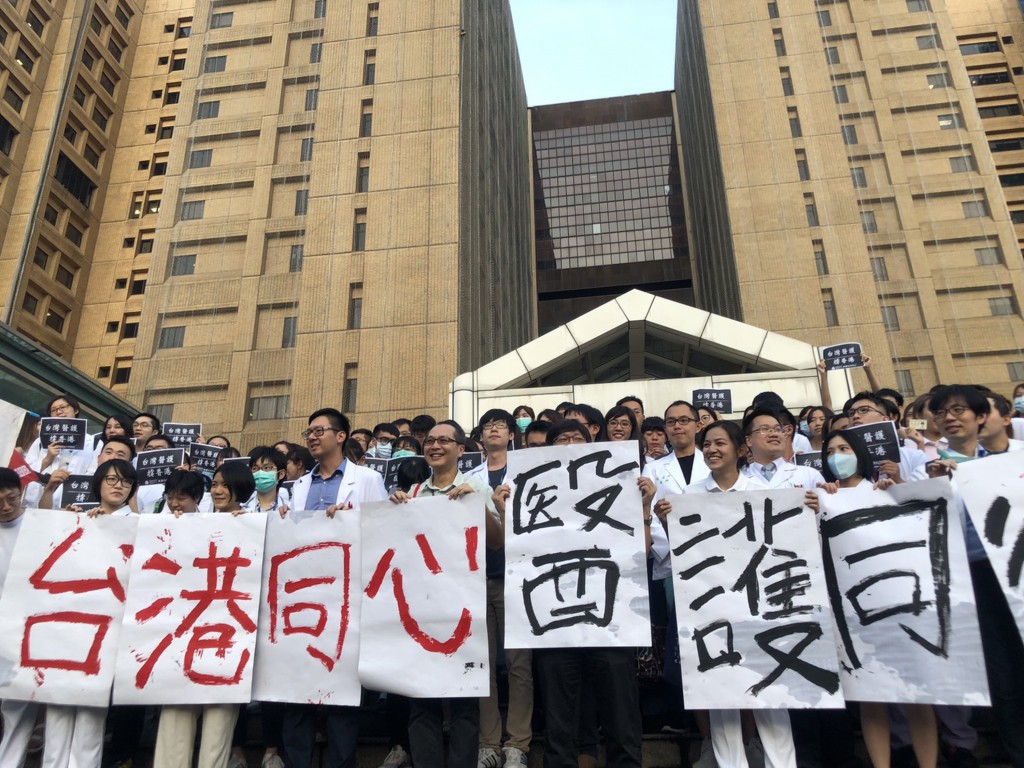 There have been reports that police obstructed medical workers during the anti-extradition protests that have been raging for more than three months. A Hong Kong medical professional, surnamed Lin, said police had also ignored the entreaties of colleagues who treated injured protestors, according to a United Daily report.

Together, the National Taiwan University Hospital Union and Taipei Doctor Union launched the pop-up event. In a statement the unions condemned the police and said they backed Hong Kong's medical professionals, who will strike in support of the protestors’ “five demands,” which include police accountability and greater democratic freedoms.

The unions called for all medical professionals in Taiwan to participate in the pop-up event, in their hospital uniforms. The event was scheduled for 6 p.m. on Wednesday in front of NTU Hospital.