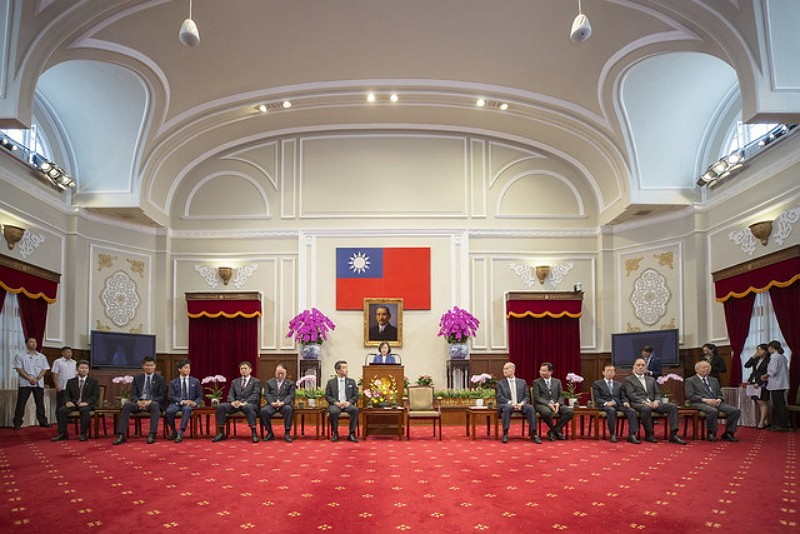 The delegation was headed by Hajime Sasaki (佐佐木紀), director of a local junior chamber of the LDP. Among the members was Shunsuke Takei (武井俊輔), who had also attended the annual Asian Pacific Parliamentarians’ Union (APPU) held in Taiwan earlier this month.

The APPU meeting adopted the theme of “Oceans of Democracy and a Sustainable Indo-Pacific,” values shared by Taiwan and Japan, said Tsai. Japan will take the baton as host of the event next year, she added.

The president congratulated the Japanese politicians for the LDP’s wins in the upper house elections in July. While hailing the democratic values shared by both sides, Tsai expressed her hope that Hong Kong, which is reeling from months-long protests, would someday be able to enjoy what Taiwan enjoys today.

The president also urged support for Taiwan to join the Comprehensive and Progressive Agreement for Trans-Pacific Partnership (CPTPP), a multinational trade agreement spearhead by Japan. Taiwan's effort to be included in the trade bloc has been hampered by multiple issues, including the island’s ban on the import of agricultural products from Japanese prefectures affected by the Fukushima Daiichi disaster in March 2011.