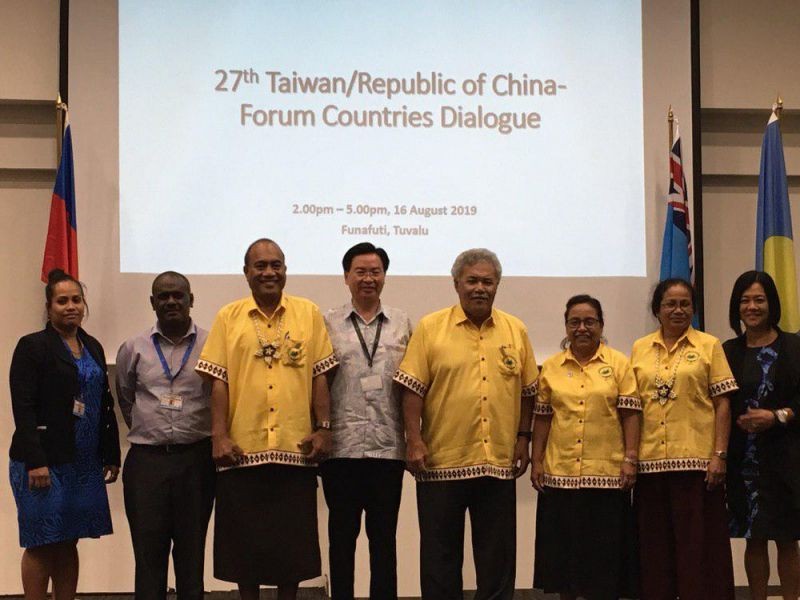 A 12-month, US$2 million government-administered medical fund has enhanced the health and well-being of the people in Taiwan’s Pacific allies, according to the Ministry of Foreign Affairs.

MOFA Minister Jaushieh Joseph Wu said during the Taiwan/ROC Forum Countries Dialogue Aug. 16 in Tuvalu—hosts of the 2019 PIF—that the treatment made possible via the fund is highly appreciated by the allies. It also demonstrates how Taiwan Can Help realize the U.N. Sustainable Development Goals in the Indo-Pacific, he added.

Held on the sidelines of 2019 PIF, the daylong dialogue was hosted by Wu and attended by presidents, prime ministers and foreign ministers from the allies.

According to Wu, the government is sparing no efforts to assist the allies address challenges and development needs in areas spanning clean energy, infrastructure, information communication technology, maritime safety and noncommunicable disease prevention.

More projects are in the pipelines, Wu said, citing a cooperation agreement signed last month with the PIF Secretariat covering the Scholarship Scheme and the Smaller Island States Attachment Program, as well as a host of other regional development projects such as digital opportunity centers and e-government service systems.