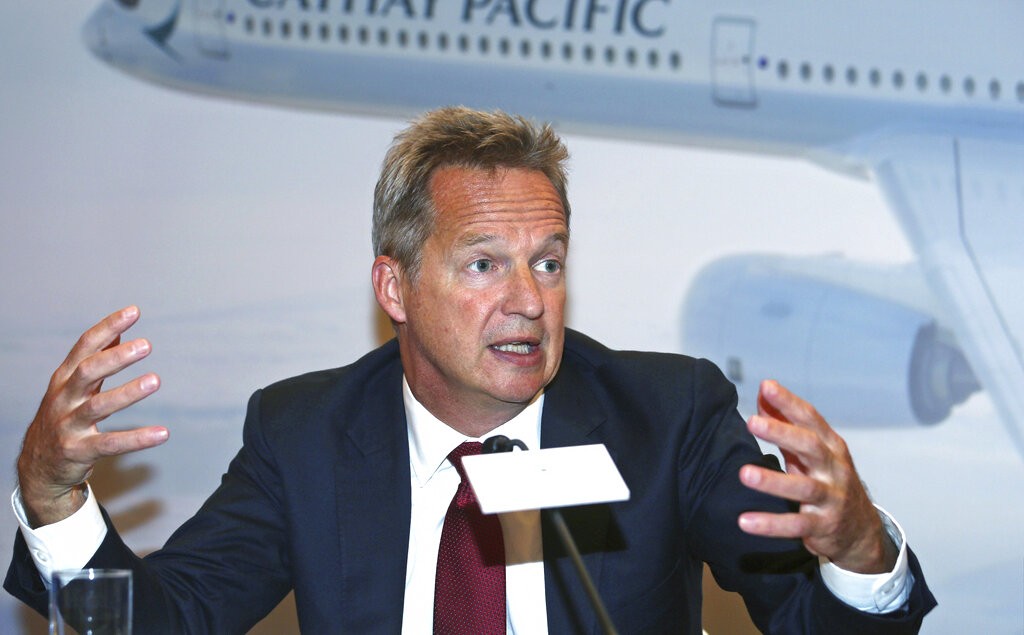 One of the first netizens to share this news, David Ng, a student at the Education University of Hong Kong, told Taiwan News that this information came from a trusted source who works as a manager for Cathay Pacific Airways.

TAIPEI (Taiwan News) -- Supporters of the Hong Kong protests, including Taiwanese Democratic Progressive Party (DPP) Wang Ting-yu (王定宇), are praising former Cathay Pacific CEO Rupert Hogg for taking a principled stand and protecting his employees at the expense of his own position.

According to Liberty Times, Beijing authorities asked Hogg to hand over a list of Cathay Pacific employees who had taken part in the recent anti-extradition bill protests in Hong Kong. Instead of betraying his employees and endangering their safety, he only provided a list of one name -- his own.

Indicating the intimate involvement of the Chinese Communist Party (CCP) in the investigation of the airline, Hogg's resignation was first made public by Chinese state-run media outlet CCTV at 4:50 p.m. on Aug. 16. It was not until 5:14 p.m. that Cathay Pacific itself officially announced that Hogg was stepping down as CEO, leading to speculation that his resignation was the result of pressure from Beijing authorities.

According to the report, Hogg was asked by the CCP's Civil Aviation Administration to hand over a list of employees who had participated in the anti-extradition bill protests. However, he reportedly only responded by providing his own name "Rupert Hogg" on the list.

This prompted many Hong Kong netizens to praise him with comments such as "We must remember this gentleman's name: Mr. Rupert Hogg!" Hong Kong netizen David Ng on Friday (Aug. 17) on Twitter described Hogg as a "true warrior" for giving his own name instead of a list of employees to the CCP and wrote, "I salute you!"

Cindy Wei on Facebook on Aug. 17 praised Hogg for the move and said the "huge gap in values shames the Chinese people."

On a Facebook post uploaded on Sunday afternoon (Aug. 18), DPP legislator Wang Ting-yu wrote that Hogg's selfless act reminded him of Taiwanese lawyer Tang Te-chang (湯德章), who during the February 28 Incident in 1947 burned a list of names of people on the Settlement Committee, saving many lives. Wang wrote that, like Tang Te-chang in Tainan, Hogg chose to sacrifice himself to save others.

Under the heading "True warriors show the noblest glory of human nature when facing great decisions," Wang wrote the following tribute to Hogg: