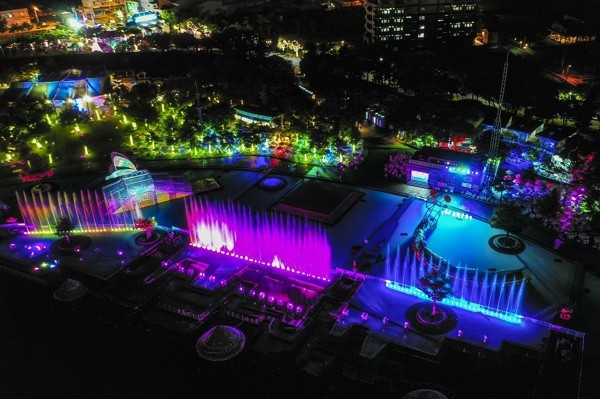 At the YICFFF closing ceremony on Sunday, Yilan County Magistrate Lin Zi-miao (林姿妙) thanked the performing groups from home and abroad as well as the staff for their hard work. The record number of visitors this year brought substantial profits for the tourism industry.

Although the festival had to close temporarily when Typhoons Danas and Lekima struck Taiwan, it still drew more than 500,000 festival-goers, with the special Qixi activity attracting about 80,000 in three nights. Over the past four years, the number of visitors has ranged from 340,000 to 400,000, according to UDN.

At the closing ceremony, performance groups put on shows inspired by this year’s theme of “transformation,” including a diabolo performance by a Turkish team, a martial arts show by Russian performers, and a flag dance by the Chilean team. All the groups came together on stage afterward and stood in a butterfly pattern, the emblem of this year's festival.

The magistrate said he thought this year's dazzling array of performances might be the biggest attraction for visitors. The opening show by the Italian Corona Theater, daily parades by the Polish Klinika Lalek Puppet Theatre, the Spark Led Drum Show by English performers, and a light show by the water all drew large audiences. 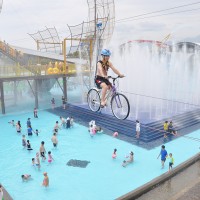