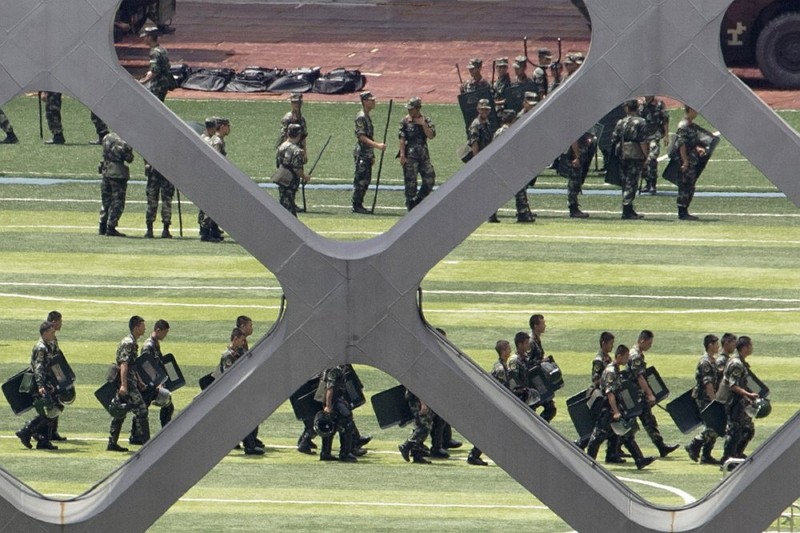 BEIJING (AP) — China is lashing out at Taiwan over its offer of political asylum to participants in Hong Kong pro-democracy movement.

Spokesman for the Cabinet's Taiwan Affairs Office Ma Xiaoguang said Monday the offer would "cover up the crimes of a small group of violent militants" and encourage their "audacity in harming Hong Kong and turn Taiwan into a 'heaven for ducking the law."

The government of the self-ruled island China considers its own territory strongly supports the protests, and Hong Kong students in Taiwan held events over the weekend expressing their backing. Taiwan's president made the asylum offer last month, though it's not clear if requests have been received.

Ma demanded Taiwan's government "cease undermining the rule of law" in Hong Kong, cease interfering in its affairs and not "condone criminals."