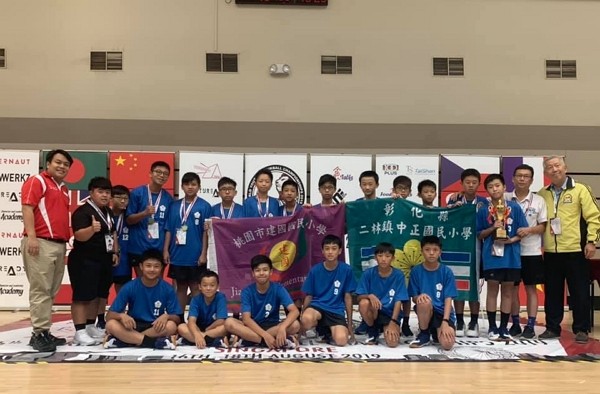 TAIPEI (Taiwan News) – Taiwan's Jian-Guo Elementary School (建國國小) stood out from the fierce competition and won the World Youth Tchoukball Championships 2019 (U12), which was held in Singapore from Aug. 16 to 18, reported the Liberty Times.

The Tchoukball team at Jian-Guo Elementary School, a 60-year-old school in Taoyuan City, was founded three years ago by then newly appointed principal Lin Ye-tai (林業泰). With the full support of the Parents' Association and its president, Jian Shih-ciang (簡士強), the team has won the national championship for three consecutive years.

The team, coached by the famous players Wong Jing-wun (翁靖雯) and Huang Yu-shin (黃郁心), earned the right to represent Taiwan in a national competition in May. However, only students under the age of 12 can participate, so some students were recruited from Changhua's Zhongzheng Elementary School (中正國小), which had won second place in the same competition, to form the national team, reported the Liberty Times.

In the first round of this year's competition, Taiwan took on a tough challenge from Team France, the European champion, and defeated them by 28 points. In the second and the third matches, the team beat England and Hong Kong, respectively, each by 30 points.

Taiwan faced Singapore in the semi-finals, in which the Taiwanese students showcased their attacking skills and took home another win, again with a 30-point lead. In the final match on Sunday (Aug. 8), Taiwan and Hong Kong fought a fierce battle before Taiwan clinched the victory 43-18.