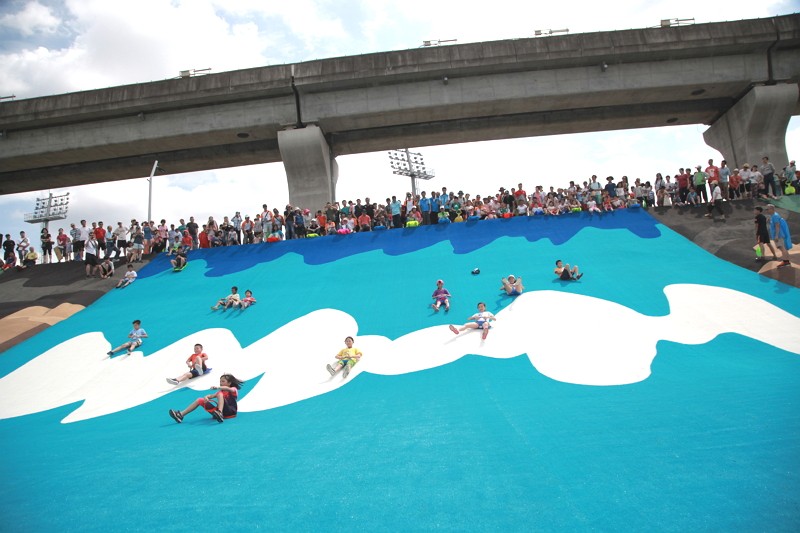 A first of its kind in Taiwan, the slope is covered with a waterfall-themed, blue and white, synthetic turf. The facility measures 7 meters in height, 16 meters in length, and 20 meters in width.

There are also rock-climbing areas on the slope’s bordering areas, according to New Taipei City government. The playground makes the most of the geographical features of the park, added the Water Resources Department.

Residents are encouraged to bring along their kids and additionally enjoy outdoor attractions such as Shuiyang Park (水漾花園生態園區) and the Wedding Plaza, in the northern municipality.