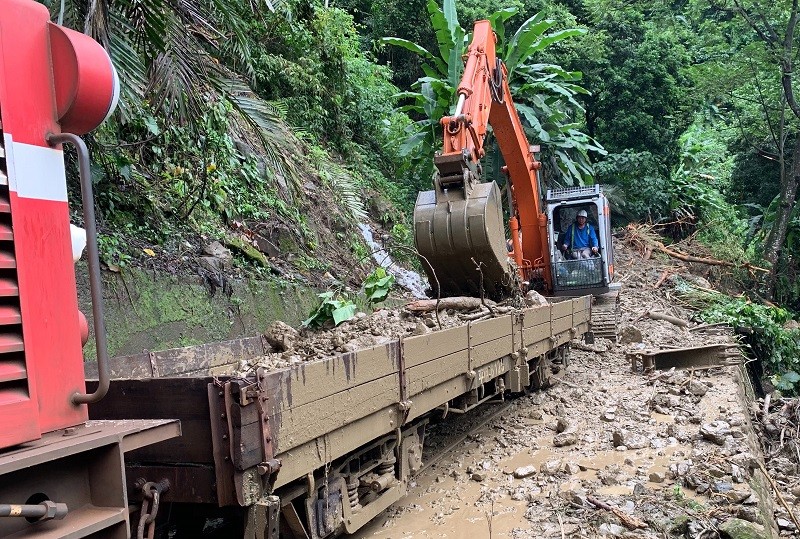 AFRCHO originally announced on Friday that the forest railway’s main line between Chiayi (嘉義) and Shizilu (十字路) would be close for four days for work to repair the landslides and railway damage at the kilometer mark 22k+380 caused by recent torrential rains and earthquakes.

However, the office issued a news release on Sunday to announce that the time needed for the repair work will be extended from the originally planned four days to 11 days. In addition, as the improvement project at two level crossings of the main line in Chiayi City will take place on Aug. 26 – 29, the main line will have a trial run on Aug. 30 and resume operation on Aug. 31.