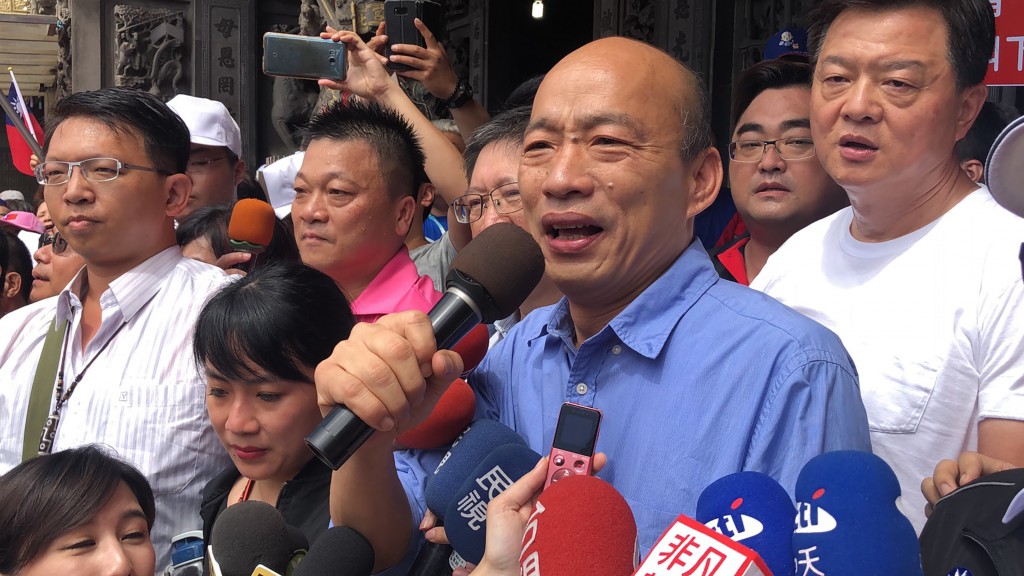 Han said on Sunday that some good friends are helping to plan the trip, but nothing has been finalized, reported the United Daily News. With less than five months to go before the key election next January, the Kaohsiung Mayor is visiting Hsinchu County for a tour in the region’s temples in hopes of gaining more support.

The U.S. trip, if confirmed, would take place between September and October, according to Han. In an interview with the China Times, Director of the American Institute in Taiwan (AIT) Brent Christensen said the U.S. would welcome the visit of KMT's presidential candidate by the end of the year.

AIT maintains good relations with major political parties in Taiwan and will be glad to work with whoever wins the presidential election, added Christensen.

Asked about the purpose of making another U.S. trip this year, Han said he will be focused on discussing issues related to Taiwan, cross-strait relations, and the Taiwan-U.S. relationship with U.S. officials. Han will also meet with overseas Taiwanese in the U.S. and exchanges ideas with representatives of key tech firms and those of other industries, reports said.

Han made a visit to the U.S. East Coast as a municipal leader this April for a speaking engagement. The trip to the U.S. this fall, if finalized, will be his first as a presidential candidate.