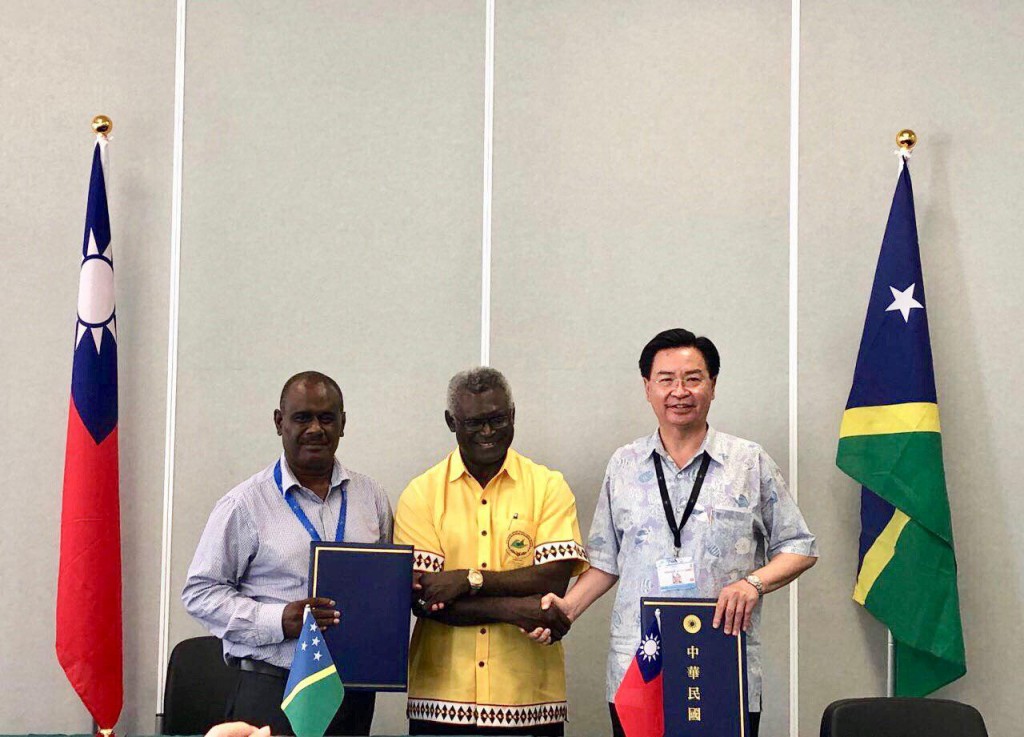 TAIPEI (Taiwan News) — Taiwan and its Pacific ally, the Solomon Islands, have reached a visa-exemption deal in Tuvalu, where the annual Pacific Islands Forum wrapped up on Friday (Aug. 16).

Foreign Minister Joseph Wu (吳釗燮), who is visiting Tuvalu from Aug. 15-17, signed the agreement with his Solomon Islands counterpart Jeremiah Manele, according to a Ministry of Foreign Affairs (MOFA) statement. The signing process was overseen by Prime Minister of the Solomon Islands, Manasseh Sogavare.

The agreement allows citizens of Taiwan and the Solomon Islands to travel for 90 days without a visa in each other’s country. However, the effective date of the visa-free treatment will be determined later, following internal administrative procedures, said the ministry.

The reciprocal treatment is expected to benefit business and tourism in both countries, and increase people-to-people exchanges, said the ministry. The Solomon Islands became the fifth ally in the Pacific to have sealed the deal with Taiwan, following Nauru, Tuvalu, the Marshall Islands, and Palau.

It is part of President Tsai Ing-wen’s (蔡英文) promise made during her South Pacific tour in 2017. While addressing the parliament of the Marshall Islands, Tsai announced her government would grant visa exemptions to all six of Taiwan’s allies in the Pacific.

According to the ministry, Wu had a meeting with Sogavare and leaders of other Pacific partners early Friday morning. Sogavare, who returned to power in April owing to a general election, expressed his gratitude to the Taiwan government for its assistance in a wide array of areas over the years.

Sogavare added he looks forward to working with Taiwan and other Pacific partners to improve the country’s transport system, as well as on projects helping the government and people of the Pacific island group.

A Pacific Islands Forum “development partner” since 1993, Taiwan has taken part in related conferences and events to contribute to sustainable development in the Pacific region, said the ministry.