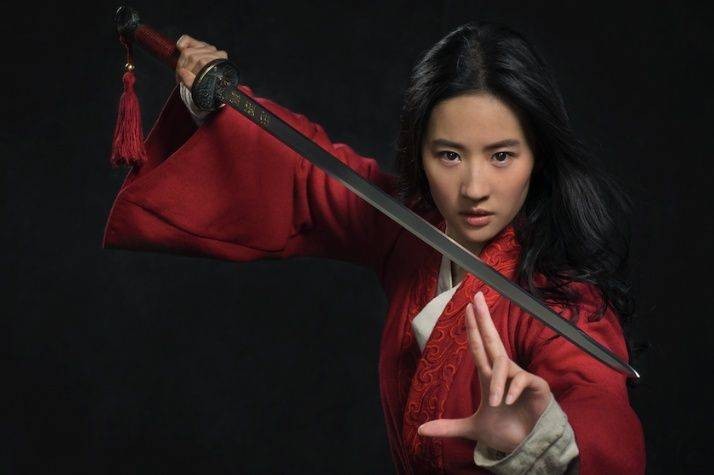 TAIPEI (Taiwan News) -- Chinese-American actress Liu Yifei (劉亦菲) has outraged many in Hong Kong for posting a comment on Weibo in which she expressed her support for the police in their crackdown against anti-extradition bill protesters and taunted them to "hit her."

On a Weibo post uploaded this week, which was later deleted, Liu wrote in Chinese, "I support the Hong Kong Police. You can hit me now." She then wrote in English "What a shame for Hong Kong."

The largely peaceful protests in Hong Kong over the past 11 weeks have been met with excessive force by police, with many demonstrators suffering severe injuries, such as a woman who lost her eyesight after being shot in the eye with a bean bag round on Sunday (Aug. 11). On Tuesday (Aug. 13), the U.N. high commissioner for human rights, Michele Bachelet, called for an inquest into what she has described as the use of banned tactics by Hong Kong police against the protestors. Liu, a naturalized American citizen afforded freedoms Hong Kong protesters could only dream of, ironically plays the legendary Chinese warrior Hua Mulan, who gained high merit by taking her father's place in the army and refused any reward. A backlash soon ensued among Hong Kong protest supporters calling for the boycotting of Disney's "Mulan" film with the hashtag #BoycottMulan rapidly trending on Twitter and Instagram.

Tweets by furious supporters of the Hong Kong activists soon started to flood in:

"#BoycottMulan how tone deaf do you have to be to support police brutality when you just filmed a character who is supposed to stand against oppression in its raw form? Pound sand."

"Liu YiFei is supporting brutality in HK. Dishonour to us all!"

"Liu is supporting police brutality. The female protester who lost her eye is the REAL Mulan. #BoycottMulan"