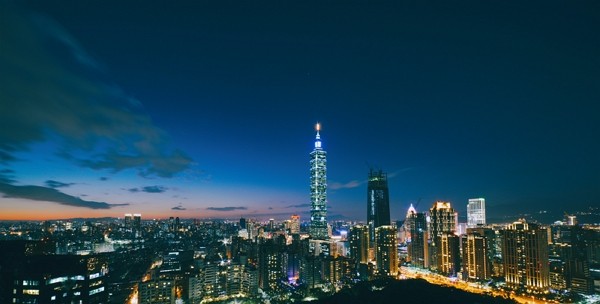 TAIPEI (Taiwan News) – Apart from the many exhibitions, festivals, and performances introduced last week (most are still ongoing), there is also an array of one-day events coming up in the second half of August. To support the Hong Kong protesters in their fight for freedom and democracy, rallies will be held in Taipei, New Taipei, Taoyuan, Taichung, and Kaohsiung on Aug. 17. Details of the time and place for the rallies can be found on the Taiwan News website and the Facebook page for the events. SOMA x E for Electro Taipei night will be held on Aug. 17 at Pipe Live House in Taipei's Gongguan district. Soma is a techno group based in Taipei, and E for Electro is a Taichung-based group. The night aims to deliver a hot and crazy techno experience. The party runs from 11 p.m. on Aug. 17 to 5 a.m. the next morning, and tickets can be bought on the door.

Taipei Zoo is opening its door to visitors at night this summer, holding an "endangered animals Olympics" on Saturday nights. The featured animals are black-and-white ruffed lemurs on Aug. 17 and pygmy hippos on Aug. 24. There will be music and theater performances, story-telling, talks from the animal keepers, and other interactive activities. Those who attend the keepers’ talks can earn an animal badge. The price for "Starlight” tickets (admission after 4 p.m.) is just NT$30 per person. A detailed schedule can be found here.

Discovery channel's Hardcore Feast 2019 is drawing to an end this weekend. Those who haven't taken on the "challenge" can consider a day-trip around Taipei, visiting the stunning Gaia, a floating Earth created by British artist Luke Jerram, and other 3D art installations set up across the city, including Xiangshan, Pier5, Beitou Park, and Xiangti Avenue in Xinyi District. By taking a selfie with one of these artworks and sharing it on Facebook with the hashtags #硬派不設限 and #Discovery25, one can attend the prize-draw and possibly bring home a suitcase. Check out locations for the 25 installations on the official website. Festival Seni-Budaya HUT RI 2019, the fourth cultural festival celebrating Indonesian national day, will take place on Aug. 18. The event is co-hosted by Brilliant Time bookstore and National Taiwan Museum (NTM), including the Cultural Parade at Taipei Main Station South Gate Square, at 9 a.m. A bazaar and other events will run until 4 p.m. at NTM. Everyone, not only the 30,000 Indonesians living in Taiwan, are welcome to join in for the performances, games, and workshops, and to learn more about Indonesia and its culture. For information, visit the event's Facebook page. Eslite R79 Store is holding jazz concerts on their "Reading on Air" broadcasting channel every Wednesday night in August. Working with National Theater and Concert Hall, Eslite wants jazz lovers to tune in to the live-stream on its Facebook page. The performance at 8 p.m. on Aug. 21 is the final chance to immerse oneself in the golden age of the 1920s. The concert features Sam Su (蘇聖育), a Taiwanese jazz musician known for his remarkable skills. There will be an outdoor midnight party, A Soul Beat, at Polar Café's Ximen Branch on Aug. 23. Two funk DJs will bring hot music to the party, which will also feature various funk-style dance performances, such as waacking and popping. This old-school roof party is for over-18 year olds only because it runs from 11 p.m. to 3:15 a.m. the next day. Early bird tickets are available until Aug. 20. "Take or Leave" is a free fair held every two months. Everyone can bring things they don't need any more to the fair. Or just pick up something that catches their eyes. No application is required to participate. The fair will be held on Aug. 24, from 2-5 p.m. at Da’an Park Pavilion. National Theater and Concert Hall (NTCH) is holding a summer jazz party in August, including a swing dance class with Swing Taiwan. Attendees are invited to enjoy jazz and learn some easy dance steps, and try Glenrothes whisky provided by professional sommeliers. Those who are interested in the event, on Aug. 24, can purchase tickets online. On the same day, Aug. 24, the "2019 Summer Jazz Outdoor Party" will be held in the evening. Among other performance groups, the Australian jazz musician, pianist and vocalist Sarah McKenzie will lead a quartet of guitar, bass and drums. The free party will take place at the NTCH Arts Plaza from 6:30 to 9:30 p.m. The music platform StreetVoice has joined up with Simple Life to host YOUR DAY, an event intending to spread love for music and life. On Aug. 25, there will be music performances and a fair selling home-made food, clothes, accessories, and decorations at Four Four South Village (四四南村), near Taipei 101 MRT Station. Detailed information will be released on Simple Life's Facebook page. Art Formosa, an international art fair of contemporary art, will be open to the public from Aug. 23-25 at Eslite Hotel. More than 40 major art galleries, with artworks from more than 400 outstanding artists will be on display. This high-end exhibition aims at cultivating the art market in Taiwan and attracting art collectors from around the world. All the participating galleries are listed on Art Formosa's official website. Nuit Blanche Taipei, the annual whole-night party, will take place in October this year, but a series of talks accompanying the event will start from August. The topic of the first talk is the "city's 'third space' as crevices for art's permeation," given by the artistic director of Nuit Blanche Taipei Sean Hu (胡朝聖), Fubonart's Director-General Xiong Chuanhui (熊傳慧), and Artexpected Producer Wu Ji-jyuan (吳季娟). The talk will be held at Winsing Art Place in Taipei's Neihu and you can sign up online.

Karaoke nights are held every Tuesday at Triangle, near Yuanshan MRT, for those who enjoy Western bar-style karaoke.

If you're looking for a family friendly group to practice your English or your Chinese, consider checking out events with Language Exchange Taipei. They are having a free language exchange on Sunday afternoon, at Lifehouse Taipei.

For those new to Taipei, or those who have been here a while but still haven't seen all the city has to offer, consider taking a walking tour with "Like it Formosa." Tours happen every week, with four different types of tours to choose from, depending on what you want to see.

Depending on your interests, check this list of meet-up groups regularly to see if there is anything up your alley.