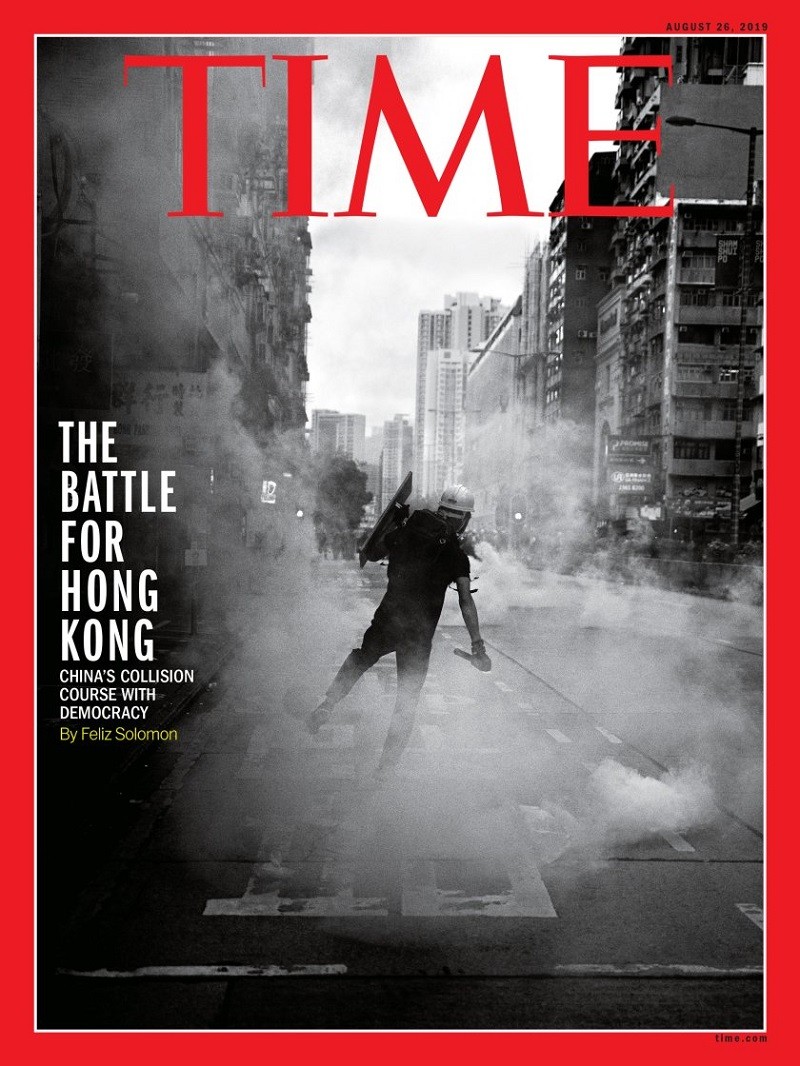 TAIPEI (Taiwan News) – As increasingly violent pro-democracy protests in Hong Kong caught international attention, Time Magazine's Asian edition features the protests on the cover of its latest edition with the photo of a protester standing in a smoke-filled street and the title, “The Battle for Hong Kong.”

The edition carries an in-deapth report on the ongoing protests titled "'We are at the Point of No Return': How a Series of Protests Escalated Into an All-Out Battle for the Soul of Hong Kong.”

The report points out that the popular support for the increasingly violent protests have not diminished as authorities expected. However, the demonstrators are “bracing for a lethal blow” as the government is losing patience, the article says.

The report says Hong Kong’s populace realizes the city is being deprived of its unique character and freedom and that “many are willing to make sacrifices to defend them."

The report says the protests have emerged as the largest repudiation of Beijing since the Tiananmen Square incident in 1989 and become a test of Chinese President Xi Jinping's "willingness to show restraint and abide by global norms.”

Furthermore, the cover story paints a bleak picture of a not so peaceful ending to the protests, saying that even though few believe there will be a repeat of the Tiananmen Square incident in Hong Kong, a less bloody crackdown is still possible.