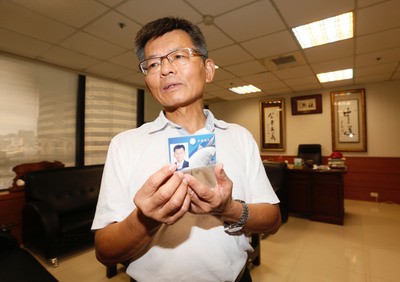 TAIPEI (Taiwan News) – Former Kaohsiung County Magistrate Yang Chiu-hsing (楊秋興) announced Thursday (August 15) he was quitting the Kuomintang (KMT) as the party was preparing to expel him over his criticism of its presidential candidate, Kaohsiung City Mayor Han Kuo-yu (韓國瑜).

Yang was only the latest prominent KMT member to face disciplinary action, but his fate drew more attention because he had played a role helping Han win election as mayor last November.

Earlier in the day, the Kaohsiung department of the KMT declared it would ask the party’s central leadership level to take measures against Yang, a move which was certain to end with the politician’s expulsion from the party, reports said.

Yang was a member of the KMT’s Central Review Committee, yet he made frequent attacks on Han in the media and online, thus clearly violating party discipline, the Central News Agency quoted the Kaohsiung department as saying.

During the afternoon, Yang himself announced to the media he was handing in his party membership card and leaving the KMT, accusing it of being more authoritarian than before and brooking no divergent opinions.

He had been a party member for five years, joining it after leaving the Democratic Progressive Party, for which he served as magistrate of Kaohsiung County before it merged with Kaohsiung City.

Earlier, the KMT also expelled a politician from New Taipei City, Chen Hung-chang (陳宏昌), for his attacks on Han’s personality.

The presidential candidate has faced allegations about excessive drinking, womanizing and playing mahjong.