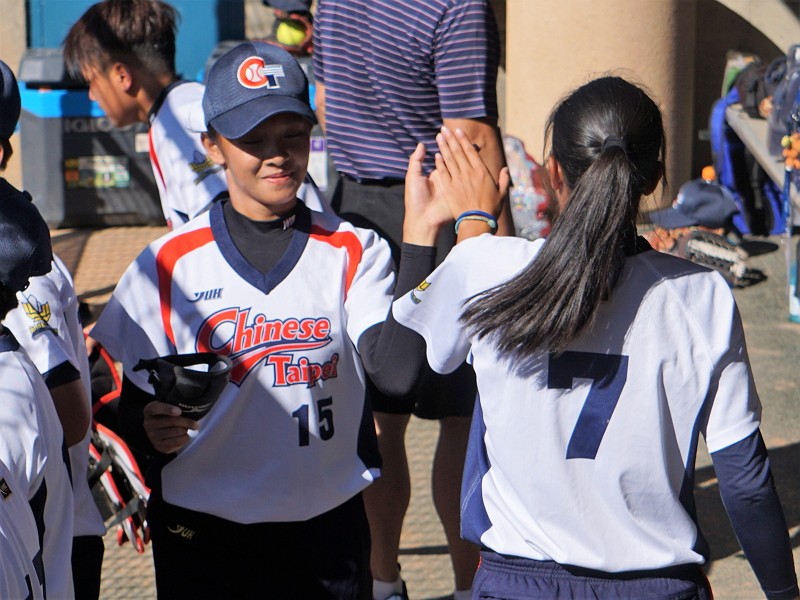 Irvine, California (CNA) The Taiwanese team cruised past the more highly ranked Puerto Rican team 9-1 in the super round of the U-19 Women's Softball World Cup Wednesday, putting it on track for a spot in the medal round.

The sixth-ranked Taiwanese team, whose offense impressed with 15 hits, recovered from a 0-9 defeat by Japan a day earlier to beat fourth-ranked Puerto Rico in a six-inning game called short by the mercy rule.

The Taiwanese team opened up the scoring in the second inning when right fielder Wu Yu-hsin (吳羽昕) sent a deep fly off the wall in right field and turned it in a three-run inside the park.

The team went on breaking the score open and ran away with the match with its high-powered offense, scoring three runs in both the third and sixth inning.

Taiwan's starting pitcher Chen Ching-yu (陳靖瑜) and reliever Feng Yu-hsuan (風羽璇) settled the defense and only let Puerto Rico put its single run on the scoreboard when Taiwan had extended its lead to 9-0.

The Taiwanese team, comprised mostly of players from Shilin High School of Commerce (士林高商) in Taipei, Chung Cheng Industrial High School (中正高工) in Kaohsiung and Puli Industrial Vocational Senior High School (埔里高工) in central Nantou County, will next face the top-ranked U.S. team that has won all its matches in the tournament to date.