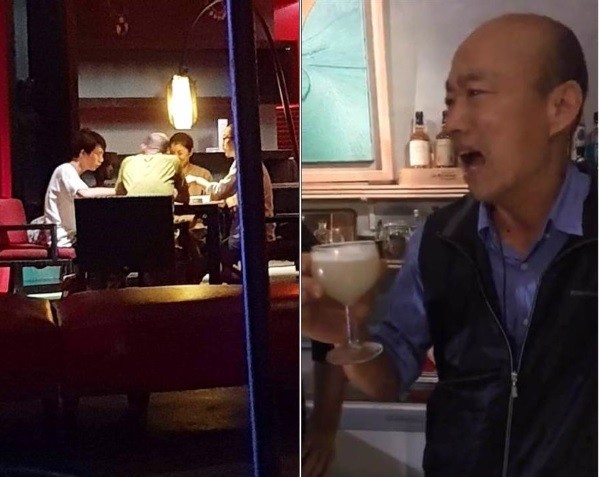 TAIPEI (Taiwan News) -- The Kuomintang (KMT) on Wednesday (Aug. 14) expelled a party member for questioning itinerant Kaohsiung Mayor Han Kuo-yu's (韓國瑜) suitability as a presidential candidate and describing him as a gambler, alcoholic, and womanizer.

On Wednesday, Chen criticized Han for having "personality problems and going rogue." He said that Han had sworn that he had not played mahjong since becoming mayor, only for photos to surface of him indeed playing mahjong.

Chen said that Han dismissed the photos as saying he would just playing mahjong with his family, that he did not gamble, and that it was a word game. Chen said Han is constantly changing his story and the idea that "this kind of person" was actually selected to be the KMT candidate for president is "mind-numbing," according to the report.

He said that the KMT is just dictating speeches without listening to other voices. The problem is that it does not understand the dynamics of society.

In particular, it often does not understand the people's preferences at all, but they have enormous power. Each day, they can only say this is bad or dismiss that.

For example, when KMT Central Standing Committee member Yao Chiang-ling (姚江臨) proposed expelling "the party members who tainted the party candidates," Chen asked "was there any support in the form of public opinion to make this resolution?" reported Liberty Times.

Chen concluded by saying that now that he has been ousted from the KMT, he would not attempt to rejoin the party or join any other political parties. As a citizen with no party affiliation, Chen said he would be feel more at ease and free to say anything without having to think twice.