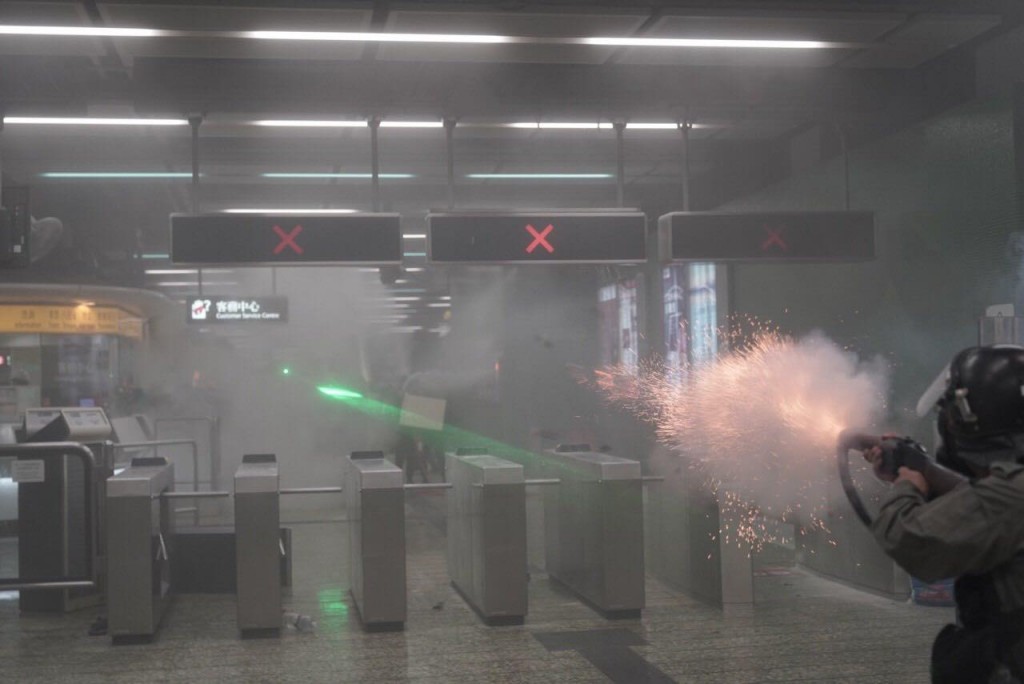 The Hong Kong police fired tear gas into Kwai Fong Station during a crackdown on Sunday (Aug. 11), which the police at first denied but eventually admitted. Some protesters had also picked up some shells of used rounds earlier in July, according to the Sing Tao Daily.

The UN high commissioner for Human Rights, Michelle Bachelet, issued a statement on Tuesday (Aug. 13) saying the UN had evidence that the deployment of tear gas indoors by police had violated international standards and put protesters’ lives at risk. The Hong Kong police, however, refused to respond to the accusation, claiming it had not received an inquiry from the UN and thus questioned the validity of its so-called evidence.

The Hong Kong police admitted having used some expired tear gas rounds during past crackdowns while insisting they posed no threat to the human body. Nevertheless, according to district council member Dr. Kwong Po Yin (鄺葆賢) expired tear gas may contain cyanide and phosgene, which are highly hazardous chemicals.

Dr. Kwong has conducted a study of 170 frontline reporters’ medical records over the past two months. She found that 96.2 percent had reported respiratory symptoms, including difficulty breathing, chronic cough, and even coughing up blood.

According to the doctor, the reporters being studied had been equipped with better protective gear, but records clearly showed that tear gas is not harmless as claimed by the police. She said she imagined that symptoms could only be worse for the less well-equipped protesters, especially those who chose not to seek medical help for fear of leaving a traceable record.

Dr. Kwong accused the police of “conducting biochemical experimentation on Hongkongers.” Civil Rights Observer founder Icarus Wong (王浩賢) said that tear gas is not even allowed to be used in wars according to the Chemical Weapons Convention (CWC), questioning the legitimacy and necessity of both indoor deployments and expired rounds.