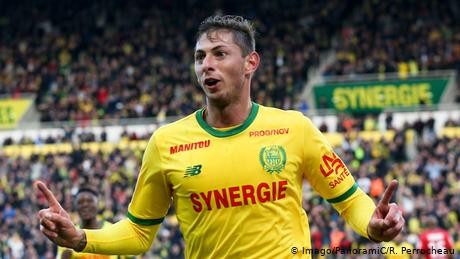 Argentine football player Emiliano Sala's blood showed high levels of carbon monoxide and it was likely the pilot of the plane that crashed had also been exposed, British air accident investigators said Wednesday

The football star was traveling from his previous club Nantes in western France to Wales to join Cardiff City when the single-engine Piper Malibu aircraft crashed over the English Channel on January 21.

The wreckage was found on the seabed two weeks after the crash. Sala's body was recovered but not that of the pilot.

"It is considered likely that the pilot would also have been exposed to carbon monoxide," the report said.

It said Sala's COHb blood saturation level was 58%, above the 50% level that is considered to be potentially fatal.

AAIB will publish a final report when the investigation is completed.