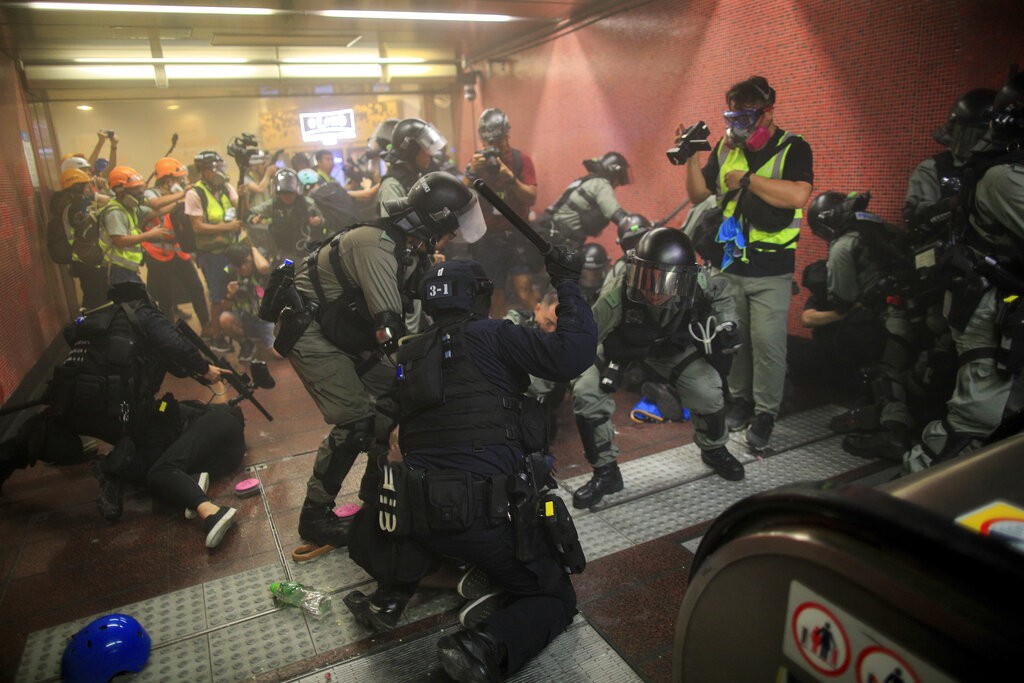 Ma called upon the DPP and its officials to “withdraw their black hands from Hong Kong” and warned of possible retribution without giving details. The Chinese authorities had previously made similar accusations against the United States, blaming the U.S. government for being the mastermind behind the anti-extradition protests, now in their third month.

Ma’s statement was a response to comments made in recent months by President Tsai Ing-wen (蔡英文) and the DPP government in support of Hong Kong’s protests against a contentious bill that would allow extradition to China.

On Aug. 12, a day after images and video clips of Hong Kong riot police’s violent crackdown on protesters made headlines, Tsai said the Taiwanese government would offer humanitarian assistance to Hong Kong’s people, according to a DPP statement. She did not, however, elaborate on the matter, and authorities said they would deal with it case by case.

The Chinese official also targeted DPP Chairman Cho Jung-tai (卓榮泰), who has blasted Beijing’s handling of the protests. Ma described Cho’s comments as an attempt to win over support in next year’s key elections by defaming Chinese rule in Hong Kong and inciting populist opinion on the island.

“Hong Kong’s bloody conflict has once again proved that unification with cultural variations is doomed to fail,” said Cho via Facebook on Tuesday, suggesting that the “one country, two systems” framework is a tragedy. Semi-autonomous Hong Kong, which was handed over to Beijing by the UK in 1997, is facing a grave challenge as its citizens fight to preserve their freedoms and retain a deep distrust of the city’s leadership and law enforcement authorities.

The rhetoric of Hong Kong’s embattled chief executive, Carrie Lam, remained unchanged at a press conference held on Tuesday, as she refused to completely withdraw the extradition bill and establish an independent inquiry into police brutality — the two most important demands of protesters. In particular, Lam repeatedly sidestepped questions about whether she still has the power to revoke the bill.