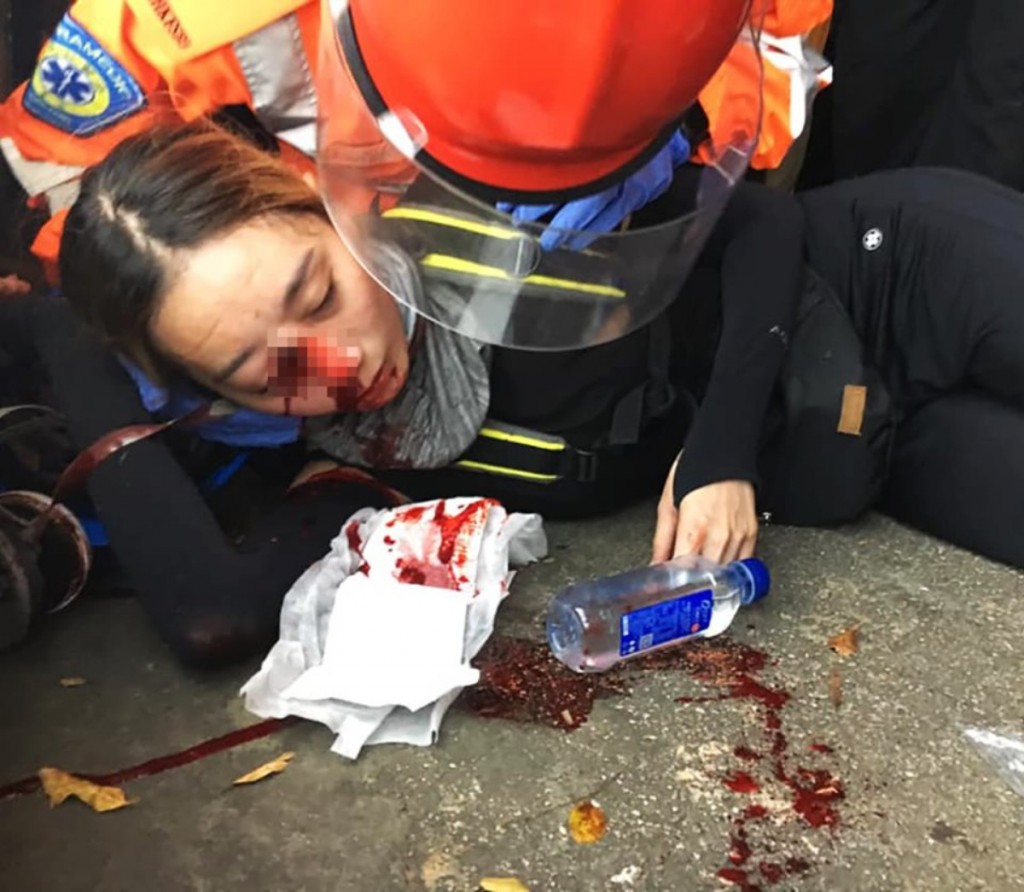 TAIPEI (Taiwan News) – A protester was shot in her right eye by a bean bag round, which caused permanent optical damage, in Hong Kong on Sunday evening (Aug. 11), Ming Pao reports.

At around 7 p.m., police shot the young female protester in the eye outside the Tsim Sha Tsui Police Station during a crackdown. The bean bag round broke through her goggles, directly injuring her eye and causing severe bleeding. The protester was sent to Queen Elizabeth Hospital for emergency surgical treatment. However, the impact had crushed the eyeball and surrounding bones, which would very likely lead to permanent blindness, according to her sister.

Through Twitter, the medical community in Hong Kong quickly found out that the injured protester had served as a first-aid volunteer during the June 12 march. This evoked additional sympathy among citizens, and “an eye for an eye” soon became the main slogan for protestors assembled at the airport on Monday afternoon (Aug. 12).

The Hong Kong police insisted that “There has not been enough evidence to confirm the reason for the injury” during the conference on Monday afternoon, despite photos clearly showing the bean bag stuck in the goggles. China Central Television (CCTV), a state-owned broadcaster, even claimed that the injury was caused by other protesters to slander the police.

Chief Executive of Hong Kong Carrie Lam (林鄭月娥) said during a conference this morning (Aug. 13) that there are "so many different versions" of photos on the internet and begged for more time for the police to investigate each case. Lam also said that she hoped the injured woman would “recover soon” and that she would like to visit her “when the time is convenient.”

A reporter instantly asked Lam how the protester could ever recover given that she had already been shot blind. Netizens watching the conference live also commented that Lam is a "cat crying over dead mice" (a Cantonese phrase equivalent to "shedding crocodile tears").