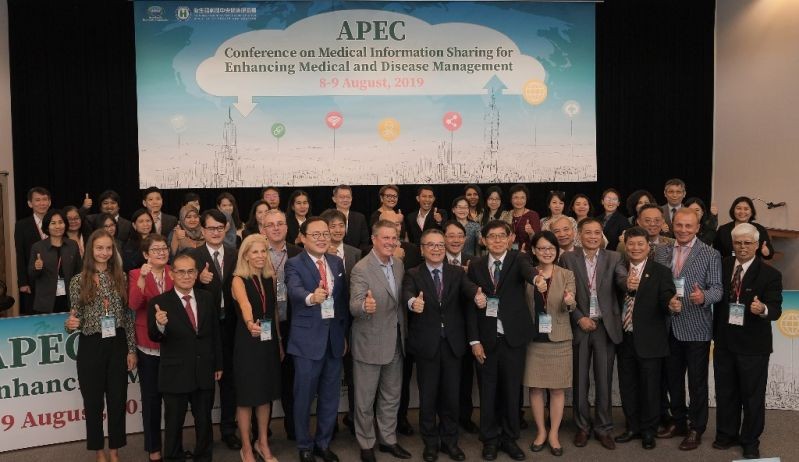 Organized by the Ministry of Health and Welfare, the event involved more than 300 academics, business representatives, experts and officials from Taiwan and other APEC member economies like Australia, Canada, Indonesia, Japan, Peru, Russia, Singapore, South Korea and the U.S.

Over the course of the two-day conference, participants discussed the key topics such as harnessing the power of medical information exchanges in improving health care, best practices for collecting and utilizing related data, employing information communication technology to strengthen services and treatment standards in medical facilities.

Lee said since the NHI introduced the PharmaCloud medical record management system in 2013 and expanded its function three years later, total savings from eliminating duplicate or excessive medication stands at around NT$370 million (US$11.8 million) as of June 2019. Savings from cloud-based sharing of clinical test results are estimated at NT$1.2 billion over the same period, he added.

According to the MOHW, during meetings between Health Minister Chen Shih-chung and his foreign counterparts on the sidelines of the World Health Assembly May 20-28 in Geneva, many were deeply impressed by Taiwan’s success in promoting cloud-based medical information sharing and expressed great interest in learning from Taiwan.

The conference provided an excellent opportunity for Taiwan to showcase its medical high-tech prowess while sharing achievements with like-minded partners, the MOHW said, adding that it also helped promote the country’s related sectors on the global stage.

Since joining APEC in 1991, Taiwan has made substantial contributions to the regional economic forum. These span a broad spectrum of areas such as disaster prevention, food security, small and medium enterprise development and women’s empowerment.