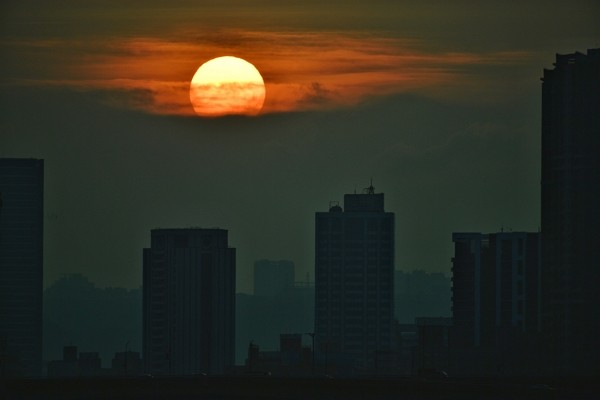 TAIPEI (Taiwan News) – "Manhattanhenge" sunsets can be witnessed at certain parts of Zhongxiao East Road and West Road in Taipei from Sunday (Aug. 11) to Tuesday.

Manhattanhenge originally refers to the stunning effect that occurs when the setting sun aligns with the east-west streets of Manhattan in New York City. The effect happens twice a year, weather permitting, and only lasts a few minutes.

The ideal location for getting a glimpse of Manhattanhenge is the cross-over bridge on the intersection of Zhongxiao West Road and Zhongshan North Road, where a large crowd may gather, reports CNA. People should avoid staring directly at the sun, even during sunset, without the protection of sunglasses.

Some Taipei residents took advantage of yesterday's fine weather to try to enjoy a spectacular sunset, but unfortunately, clouds above the horizon denied them the perfect effect. Local police have been maintaining the smooth flow of traffic and have put up signs around the bridge warning people against blocking the passage and other unsafe behavior, according to UDN.

In order to collect as much observation data as possible, the CWB has launched the event "check in with Manhattanhenge." Participants will upload their sunset photos to the CWB weather app, where the public will choose their favorites, with NT$5,000 (US$160), NT$3,000 (US$95), and NT$2,000 (US$64) being awarded for the most, second-most, and third-most popular photos, respectively.

Since the CWB first issued a forecast for Manhattanhenge in Chiayi in March of this year, there has been much anticipation for the event. The next Manhattanhenge can be seen in Taichung near the end of September, but those in Taipei who miss their chance this week will have to wait until next April, according to UDN. 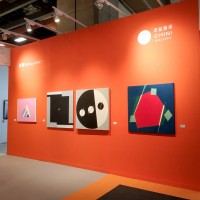