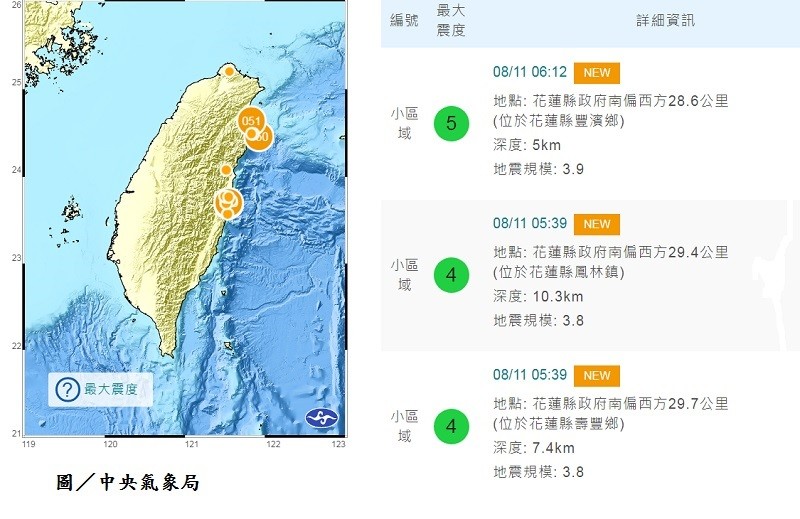 TAIPEI (Taiwan News) — Three earthquakes struck eastern Taiwan on early Sunday morning (August 11), with the biggest one reaching a magnitude of 5, according to the Central Weather Bureau (CWB).

The epicenters of all three earthquakes were recorded in Hualien County. Two quakes occurred at 5:39 a.m. on Sunday in Shoufeng Township and Fenglin Township, respectively, and both measured a magnitude of 4 on the Richter scale with a seismic intensity of 3.8.

The latest earthquake, a magnitude 5, took place in Fengbin Township at 6: 12 a.m. The intensity of the quake registered at 3.9.

Intensity, which ranges from zero to seven, refers to the severity of a quake perceptible at a given location and is distinct from the magnitude, which measures the overall strength of an earthquake. The earthquakes occurred three days after households across the island woke to a magnitude 6 earthquake on early Thursday morning.