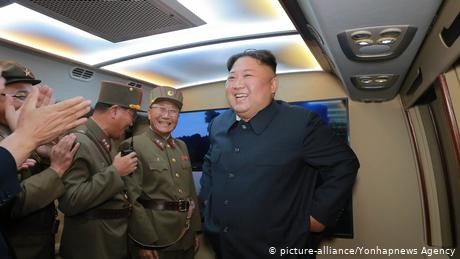 The rogue regime has conducted five missile tests within the past two weeks in response to joint US-South Korea military drills that began this week.

Denuclearization talks between Washington and Pyongyang have stalled since Trump and Kim met at the Demilitarized Zone (DMZ) between North and South Korea on June 30.

Trump has downplayed the significance of North Korea's recent missile launches, and has previously referred to the launches as "standard" and not in violation of any agreement the United States has with North Korea. Multiple UN Security Council resolutions ban North Korea from testing ballistic missiles.