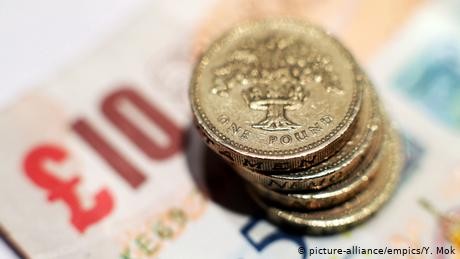 The United Kingdom's gross domestic product (GDP) fell by 0.2% in the second quarter of 2019, the Office of National Statistics (ONS) said on Thursday.

The decline — the first since the fourth quarter of 2012 — shocked forecasters, who had expected the economy to remain constant.

ONS representatives said the slump was linked to "increased volatility around the UK's original planned exit date from the European Union in late March."

Production output in Britain dropped by 1.4%, which the ONS attributed to a number of car companies fast-forwarding shutdowns across the UK.

Chancellor of the Exchequer Sajid Javid said the UK was "forecast to grow faster than Germany, Italy and Japan" and praised what he said were the solid foundations of the UK economy.

"Wages are growing, employment is at a record high and we're forecast to grow faster than Germany, Italy and Japan this year," he said.

Javid said the problem was not unique to the UK: "this is a challenging period across the global economy, with growth slowing in many countries."

"The government is determined to provide certainty to people and businesses on Brexit — that's why we are clear that the UK is leaving the EU on October 31,” he added.

Business investment in the UK has been weak since the vote to leave the EU in June 2016.

Prime Minister Boris Johnson has said that the UK will leave the EU with or without a deal on October 31, prompting concerns of a post-Brexit economic slump or recession.

Bank of England Governor Mark Carney warned last week of a one-in-three chance of recession, regardless of how the UK exits the EU.

The value of the British pound has fallen to a low not seen for two and a half years, hitting $1.2088 after the ONS released the second quarter data.