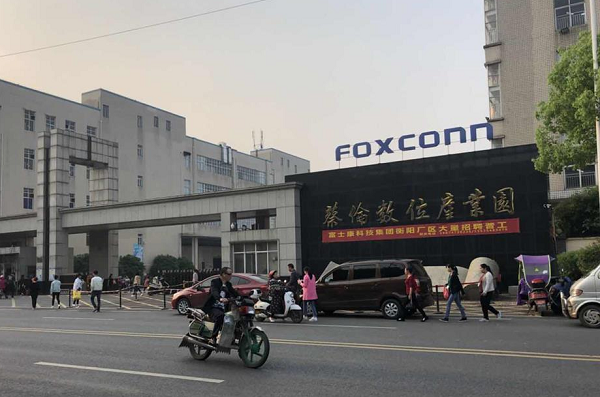 TAIPEI (Taiwan News) – Taiwan’s Foxconn Technology Group and one of its biggest clients, Amazon.com Inc., are facing heavy criticism over labor conditions in a Chinese factory located in Hengyang, Hunan Province, after a report from the advocacy group China Labor Watch (CLW).

Foxconn has previously come under scrutiny for its poor treatment of workers at the factory. The primary findings outlined in the CLW report describe a factory that is unable to attract adequate full-time laborers and has resorted to exploiting low-paid interns from vocational schools in the region.

The report “Amazon Recruits Illegally: Interns Forced to Work Overtime” finds that interns currently constitute around 20 percent of the factory’s workforce, and most of the interns are high-school age. Many are being forced to work night shifts and some have even been pressed to work 40 or even 60 hour work weeks to make Echo speakers and Amazon Kindle e-readers, according to the report.

The number of interns is over double of what is legally permitted under local regulations. There are also allegations of verbal and physical abuse of interns by supervisors at the factory.

The company was forced to cut salaries by 16 percent in 2019, which has made it difficult for the facility to maintain competitive pay. As a result of fewer people willing to work full-time at the factory, Foxconn and Amazon have been forced to coerce very low paid interns and temporary dispatch laborers to join their workforce, well in excess of what is legally permissible.

The full report can be found on the China Labor Watch website. According to a report from Bloomberg, company investigators from Amazon arrived at the site on Wednesday (Aug.7), and the company released a statement that violations of the supplier code of conduct would not be tolerated.