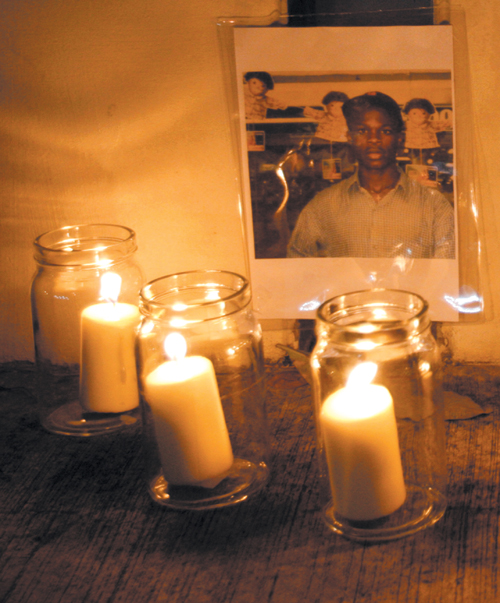 Singapore hanged two African men yesterday for drug smuggling after the city-state's prime minister rejected international clemency pleas, saying its tough stance was necessary to protect Singapore's interests.
The southeast Asian island-state of 4.4 million has the highest per capita execution rate in the world and has hanged more than 420 people since 1991, according to human rights group Amnesty International.
Iwuchukwu Amara Tochi, a 21-year-old Nigerian man, and Okeke Nelson Malachy, a 35-year-old stateless man, were hanged at about 6 a.m. (local time) at Changi Prison, said Stanley Seah, assistant superintendent at Singapore's Central Narcotics Bureau.
Tochi was arrested at Singapore's Changi Airport in November 2004 for carrying about 727 grams of heroin - worth about $1.5 million Singapore dollars (US$980,000) - while Malachy was arrested after he was identified by police as the intended recipient of the drugs.
"Mr Tochi's family will find Singapore's position difficult to accept, but we have a duty to safeguard the interests of Singaporeans, and protect the many lives that would otherwise be ruined by the drug syndicates," Singapore Prime Minister Lee Hsien Loong said in a letter to Nigerian President Olusegun Obasanjo.
Lee said the amount of heroin that Tochi carried was equivalent to more than 48,000 doses - "enough to have destroyed many lives and families."
Candlelight vigil
Nigeria's president earlier this week asked Singapore to grant a reprieve to Tochi, who was a good football player in Nigeria according to human rights group Singapore Anti-Death Penalty Campaign.
Human rights activists had originally expected Malachy to be hanged at a later date.
About 10 activists had gathered had before dawn yesterday to light candles and await the execution hour. A red football jersey was hung on the prison fences to mark Tochi's love for football.
At 6 a.m., the protesters placed roses before the make-shift memorial and dispersed quietly soon after.
"At least his agony is over now," said Chee Siok Chin, sister of opposition leader Chee Soon Juan, and a prominent activist.
Singapore does not announce execution dates in advance but hangings are usually carried out at dawn on Fridays.
Tochi's family had not traveled to Singapore to see him because they could not afford the journey, according to an official at the Nigerian embassy in Singapore.
The death sentence is mandatory for anyone caught carrying more than 15 grams of heroin in Singapore, which enforces one of the harshest anti-drug laws in the world.
The United Nations' Human Rights Council said on Thursday the hanging violated international legal standards on the use of the death penalty.
Philip Alston, an Australian lawyer who reports to the Council, said death penalties may only be imposed if the evidence "left no room for an alternative interpretation of the facts."