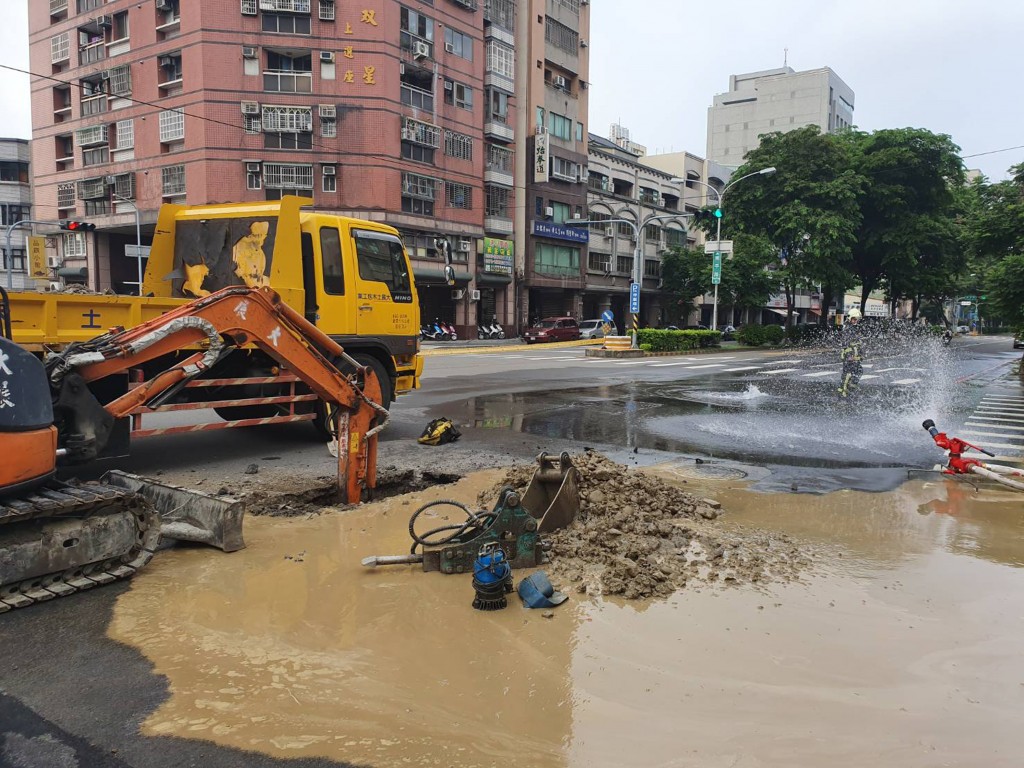 TAIPEI (Taiwan News) -- A magnitude 6.0 earthquake which struck at 5:28 a.m. this morning (Aug. 8) has led to blackouts, rock slides, train cancellations, and one death.

A magnitude 6.0 earthquake struck northeastern Taiwan's Yilan County at 5:28 a.m. this morning, according to the Central Weather Bureau (CWB). The quake’s intensity, which gauges the actual effect of the tremor, registered a 6 in Yilan County and a 4 in Hualien County, New Taipei City, Taipei City, Hsinchu County, Taoyuan City, and Taichung City.

A 65-year-old woman was sleeping in her home at Lane 186, Xinsheng Street in New Taipei City's Zhonghe District when the first temblor struck, reported ETtoday. The woman was soon awoken by the violent shaking, but as she tried to get out of her bed, a metal wardrobe cabinet next to it suddenly fell over and landed on top of her. Bottles fallen off of shelves at supermarket in Yilan. (Internet image)

Firefighters arrived on the scene at 7:39 a.m. and immediately rushed her to the nearby Shuang Ho Hospital, reported Yahoo Kimo News. Efforts by doctors to resuscitate the woman were unsuccessful and she was declared dead at the hospital, reported ETtoday.

As a gas leak was reported from a pipeline operated by the Shinhu Gas Company (欣湖瓦斯公司) near Taipei City's New Nangang Software Park. Firefighters cordoned off the area and started spraying water on the road in an attempt to prevent a gas explosion.

Another gas leak was reported at the intersection of Gaoyuan Road and Nanping Road following the quake. Firefighters who arrived on the scene found that there were two sections of pavement that had been thrust upwards by 10 cm covering an area of 40 square meters.

Gas in the area was measured at 2 parts-per-million (PPM). A water main has also apparently burst in the area and crews are currently working on repairing the damage.

The Fire Department and Shinhu Gas have reportedly found the source of the leak. It was estimated that repairs would be completed by noon today. The 115.8-kilometer mark of the Dong'ao (東澳) section of Provincial Highway No. 9 was hit by a rockfall. Local one-way and two-way traffic control was implemented until the rockfall was cleared by 7:20 a.m. this morning.

There were also rockfalls on a section of the Paoma Historic Trail. Police have cordoned off the area and are waiting for relevant units to clear it. Chunks of the outer walls fell off a building near the intersection of Songjiang Road and Chang'an East Road, Section 2 in Taipei City's Zhongshan District, reported CNA. While cracks were also found in the walls and staircases of an apartment near Nanjichang Night Market in Taipei's Zhongzheng District, according to the report.

In the wake of the quake, 10,675 houses were left without power across Taiwan, including in Taipei, New Taipei, and Yilan, CNA cited Taiwan Power Co. (Taipower) as saying. Power was restored to most of these homes by 10 a.m. this morning.

Immediately following the quake, Taiwan Railways Administration (TRA) suspended trains between Yilan and Nan'ao to search for any damage. Meanwhile, trains were slowed to 60 kilometers per hour on lines in Yilan, New Taipei, and Taoyuan, according to the TRA. Over 2,500 passengers experience delays on southbound Taiwan High Speed Rail (THSR) trains, reported CNA. Taipei MRT operations resumed at 6:20 a.m., THSR trains were rolling again at 8 a.m., and TRA trains were all back up and running by 8:30 a.m.