TAIPEI (Taiwan News) -- The Central Weather Bureau (CWB) issued a land warning for Typhoon Lekima at 8:30 a.m. today (Aug. 8) as the storm continues to strengthen and head toward the waters off the coast of northern Taiwan.

CWB forecaster Chang Cheng-chuan (張承傳) said that as of 5 a.m. this morning, Typhoon Lekima was located 550 kilometers east-southeast of Taipei moving north-northwest at a speed of 15 kilometers per hour (kph). Lekima has a radius of 220 kilometers and is packing maximum sustained winds of 183 kph with gusts up to 226 kph, according to CWB data.

At 8:30 a.m. today, the CWB issued a land warning, as heavy rain and winds are expected to intensify as the day wears on and the typhoon draws near. Chang said that northern Taiwan and Yilan will see heavy rains or downpours today, while central, southern, and eastern Taiwan will experience scattered showers in the morning followed by brief rains and thunderstorms in the afternoon.

WeatherRisk Explore Inc. President Peng Chi-ming (彭啟明) said Lekima will come closest to Taiwan on Friday (Aug. 9), when its effects on the country will be most severe. Peng advised residents of northern Taiwan to take precautions for strong winds and heavy rains. 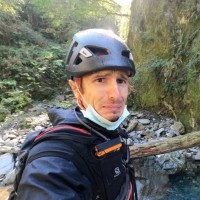