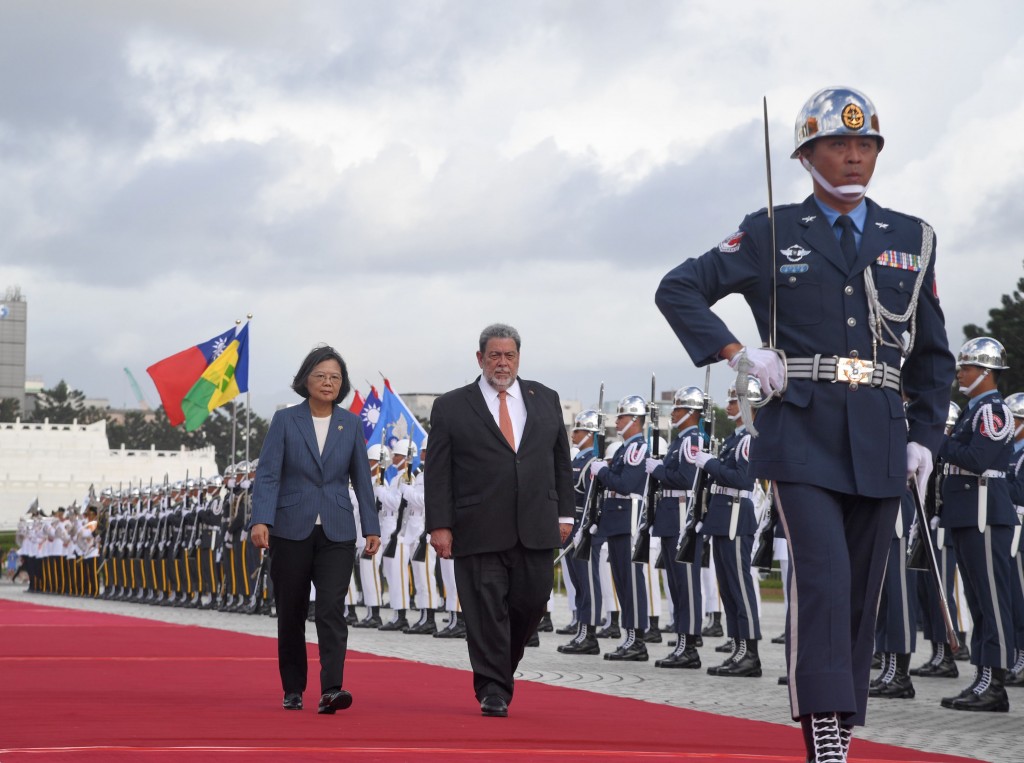 TAIPEI (Taiwan News) — Taiwan President Tsai Ing-wen (蔡英文) on Wednesday (Aug. 7), accorded a military salute to the prime minister of Saint Vincent and the Grenadines, Ralph Gonsalves, who is visiting Taiwan for the inauguration of the Caribbean nation’s new embassy in Taipei, scheduled for Thursday.

“I have every confidence that with this new embassy and through the joint efforts of the ambassadors and officials from both countries, we will see even more landmark accomplishments in our long-standing diplomatic ties and cooperation,” remarked Tsai after a brief inspection of the military by herself and Gonsalves.

Tsai expressed her gratitude to the Vincentian government for having been Taiwan’s staunchest ally in the Caribbean over the past three decades. Joint endeavors by the two countries have created progress in terms of infrastructure, agriculture, education, health care, and ICT, said Tsai.

Echoing Tsai’s remarks, Gonsalves said the diplomatic ties shared by both Taiwan and St. Vincent are not “just normal friendship. We have developed links as we are [a] family,” he said.

“The opening of the embassy will mark the maturation of our relations,” said Gonsalves, adding the embassy will benefit both St. Vincent and Taiwan due to the services of the new ambassador, Andrea Bowman.

After the military salute, the leaders of the two nations held a bilateral meeting. Tsai was also set to officially welcome Bowman as she assumed her position, according to the Presidential Office.