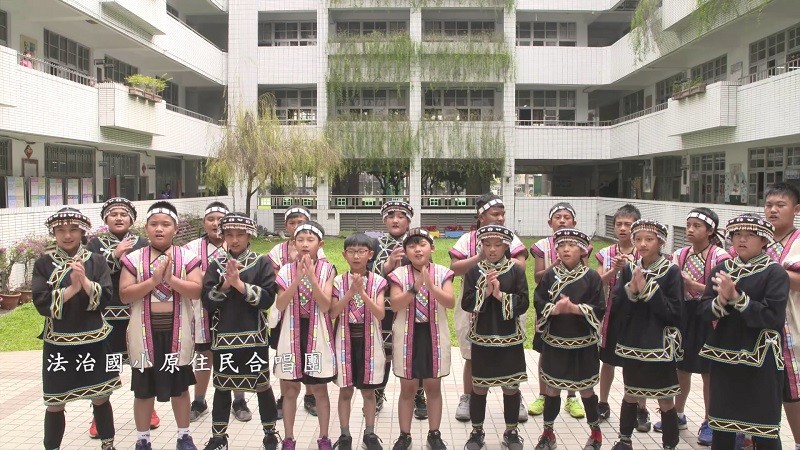 In return, Sihwei students danced to the song “Embrace the World with You,” the theme song of the Taipei Universiade in 2017. Fa-zhi students later joined their guests in dancing to this lively song.

After the welcoming ceremony, students from the partner schools engaged in various learning activities, some of which were initially a little daunting. Even so, they helped each other to complete their missions.

After lunch, the students embarked on a cultural trip to explore old Wujie dam. They learned about Wujie while walking the Wujie trail. During the journey, even though a few Sihwei students were afraid of the swaying suspension bridge, they were able to complete the walk and enjoy the beautiful scenery.

When they came upon a natural spring, they cupped the clean, cold water in their hands. For children growing up in cities, this was a novel experience.

Sihwei’s school management team invited Fa-zhi students to visit the urban school when a role model exhibition was being held. A week before the visit, Sihwei held an indigenous people’s week on campus, during which 5th and 6th-graders introduced indigenous culture to their fellow students and shared their experiences of conducting urban-rural collaborative learning at Fa-zhi.

When they saw Sihwei’s students holding up welcome signs, the initially shy Fa-zhi students gradually opened up and mixed with their new, temporary classmates. Fa-zhi also set up stalls that featured school charity activities and showed off the results of its collaborative learning program, conducted via video conference a few days earlier.

During the afternoon exchange course, Sihwei presented its unique “Flying Course” and invited Fa-zhi students to experience flying drones together. Even though Fa-zhi students had taken drone courses before, they looked forward to the class, during which they watched attentively as Sihwei’s unmanned aerial vehicle (UAV) experts maneuvered the drone.

The students learned important principles about flying. They were also given the opportunity to make their own flying objects, do flight tests, adjust, and finally compete against each other. The fun activity was a rare and valuable learning experience for each and every student involved. 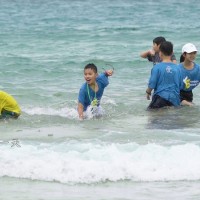 Three Taiwan elementary schools make the most of collaborative learning
2019/08/01 13:20 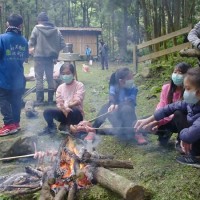 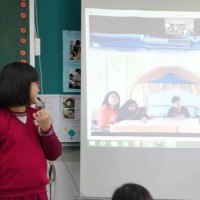 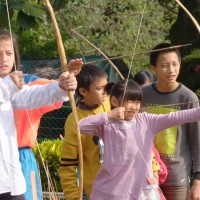