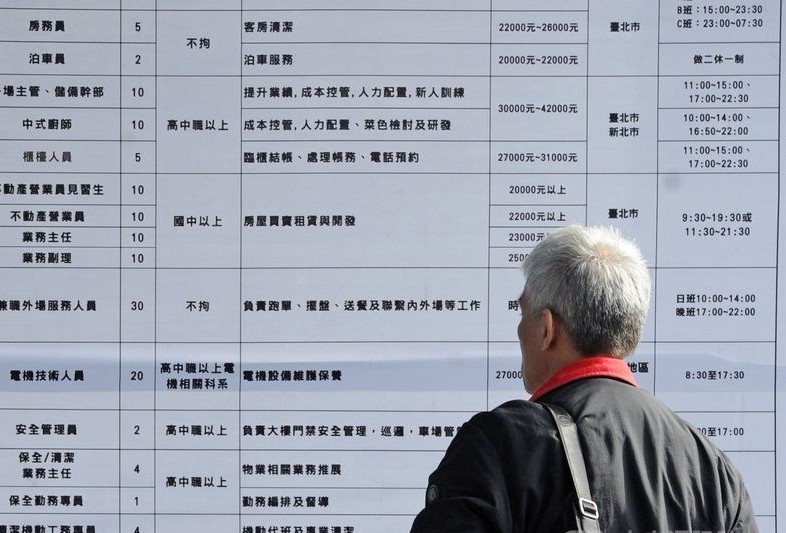 Taipei, Aug. 6 (CNA) Balancing career and family has become a huge concern for working fathers as many of them feel alienated from their children, a recent survey has found.

According to the results of online job bank yes123's survey of 1,176 male members with children released Monday, 40 percent of respondents said they felt alienated from their children, in large part because of the demands of their jobs.

The survey's respondents worked an average of 10 hours a day, leaving them only 69.3 minutes to spend with their children on weekdays.

More than nine in 10 of respondents (92.3 percent) admitted to thinking about changing jobs for the sake of their children, while 73.7 percent felt their performance at work has been affected by family factors at least once.

Many of these working fathers feel under pressure from both family and work. When asked about this, 94 percent of respondents said they felt considerable stress, but about seven out of 10 of them described it as bearable while the other 3 out of 10 felt it was too much for them to deal with.

Yang Tsung-bin (楊宗斌), a spokesman for yes123, suggested on Monday that the government and companies should strive to create friendlier environments for working fathers and help them with job training.

Only by doing that and providing financial assistance and other benefits will working fathers feel less stress and anxiety, which will improve couples' willingness to have children and help reverse Taiwan's declining birth rate, Yang said.

The survey was conducted from July 3 to July 18. The confidence level of the survey was 95 percent, and it had a margin of error of plus or minus 2.86 percentage points.