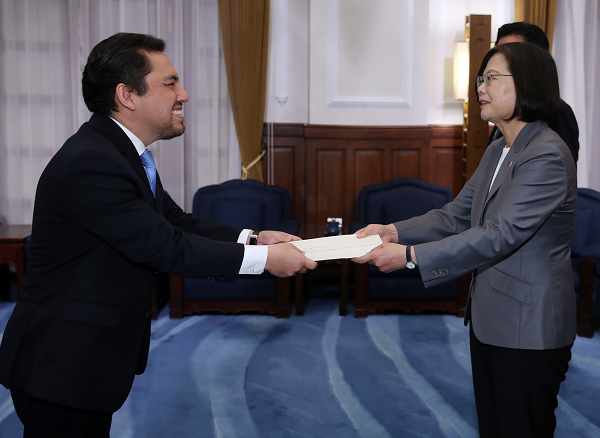 Tsai welcomed Willy Alberto Gomez Tirado to Taiwan and expressed her sincere gratitude on behalf of the country. She said that she hopes Guatemala and Taiwan will continue to strengthen their ties with one another over the coming years.

The president observed that Guatemala is one of Taiwan’s longest-standing diplomatic allies with a relationship that is now 85 years old. In 2017, Tsai made a state visit to Guatemala, where she met President Jimmy Morales and visited the beautiful city of Antigua.

In April this year, President Morales made a reciprocal state visit to Taipei, where he expressed unwavering support for Taiwan and the strong friendship between the two countries. Tsai observed that over the past three years, diplomatic ties have continued to improve along with trade relations.

Tsai pointed out that Taiwanese people are especially fond of Guatemalan coffee, having purchased over US$12 million worth in 2018. Tsai expressed her confidence to Tirado that trade and exchanges between Taiwan and Guatemala would continue to increase in the years ahead, reports the Liberty Times.