According to party procedures, Ko read the articles of association at 12:10 p.m. Ko then gave a 30-minute speech, before receiving a scroll from a member of the public inscribed with the idiom "a good doctor treats the country" (上醫醫國) and signing it as the official document of the newly founded party, according to the report. Prior to the congress, a preliminary meeting was held in which Ko was elected the party's chairman. There have been many rumblings that Ko is planning to enter Taiwan's presidential race and the founding of this new, independent party is considered a stepping stone to that bid.

Many expected that with the founding of his new party, he would announce his bid for the 2020 Taiwan presidential election, but he dodged the question. Ko's parents, Ko Cheng-fa (柯承發) and Ho Jui-ying (何瑞英) were in attendance at the event and expressed their support for his bid for the presidency, saying that he "is very conscientious and as long as he does everything with Taiwan in mind, all things will come naturally," reported CNA.

Ko's decision to found a new party with a name identical to the one established by the late democracy activist Chiang Wei-shui (蔣渭水) in the late 1920s has drawn ire from the latter's descendants. On Aug. 1, the Chiang Wei-shui Cultural Foundation issued a statement about Ko's founding of the new party, which closed with the following paragraph:

"Mayor Ko is forming a 'Taiwan People’s Party' with the same name as Taiwan’s first political party in 1927, making it easy to cause confusion. The 'Taiwan People’s Party' is a historical asset which belongs to all the people and which holds its lofty place in history, and does not belong to someone in particular. We ask Mayor Ko to reflect further in order to show respect to history and to Wei-shui." 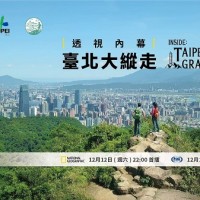 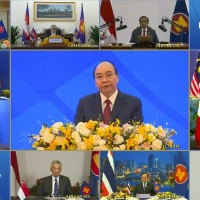