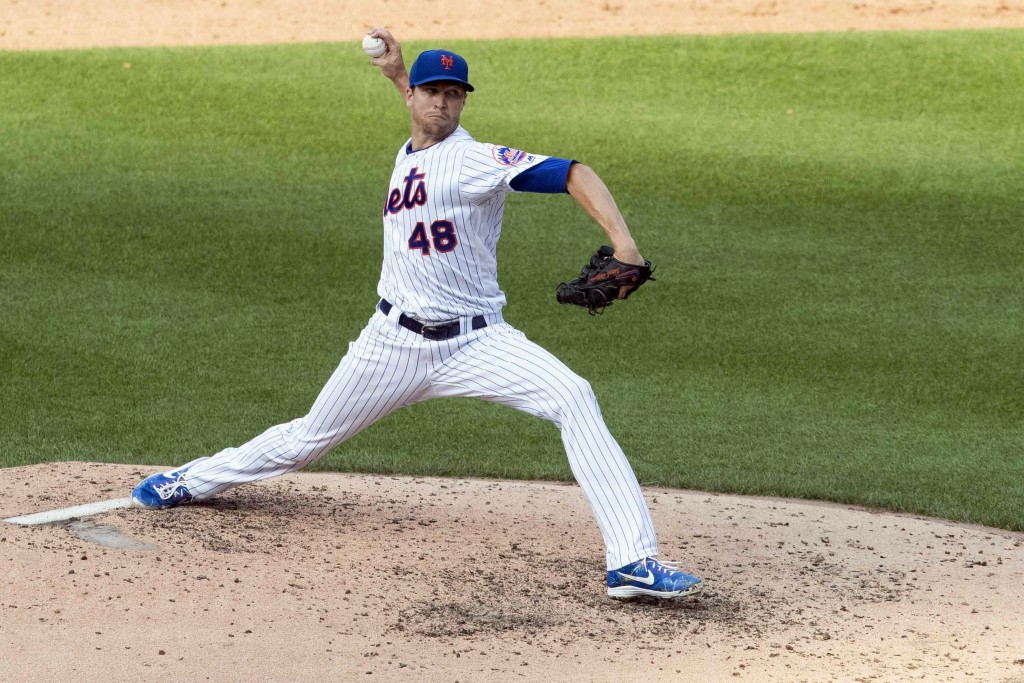 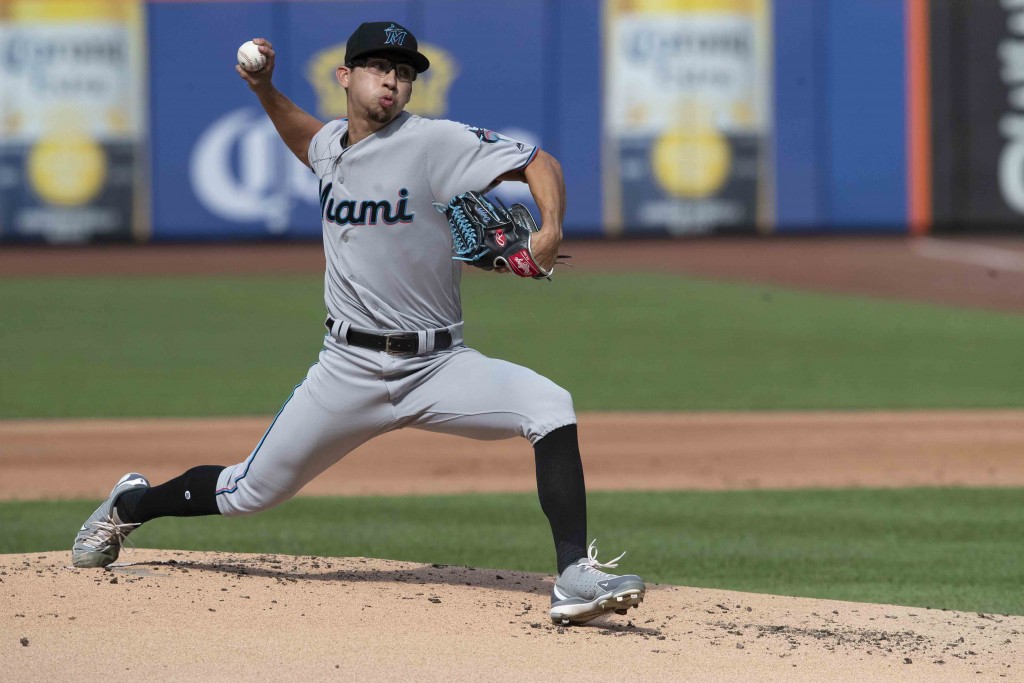 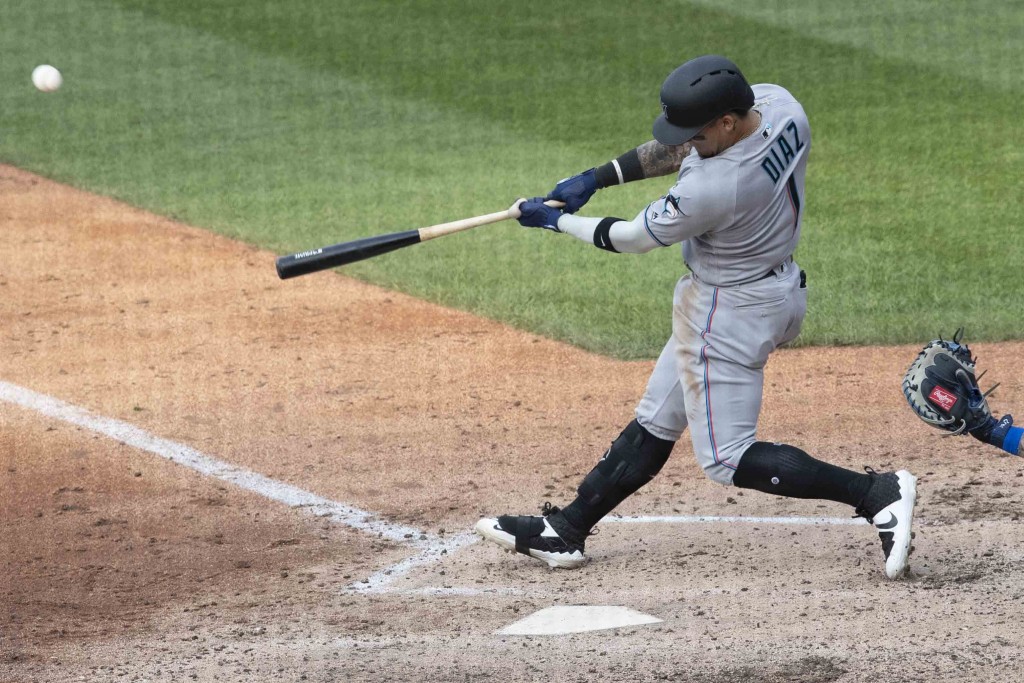 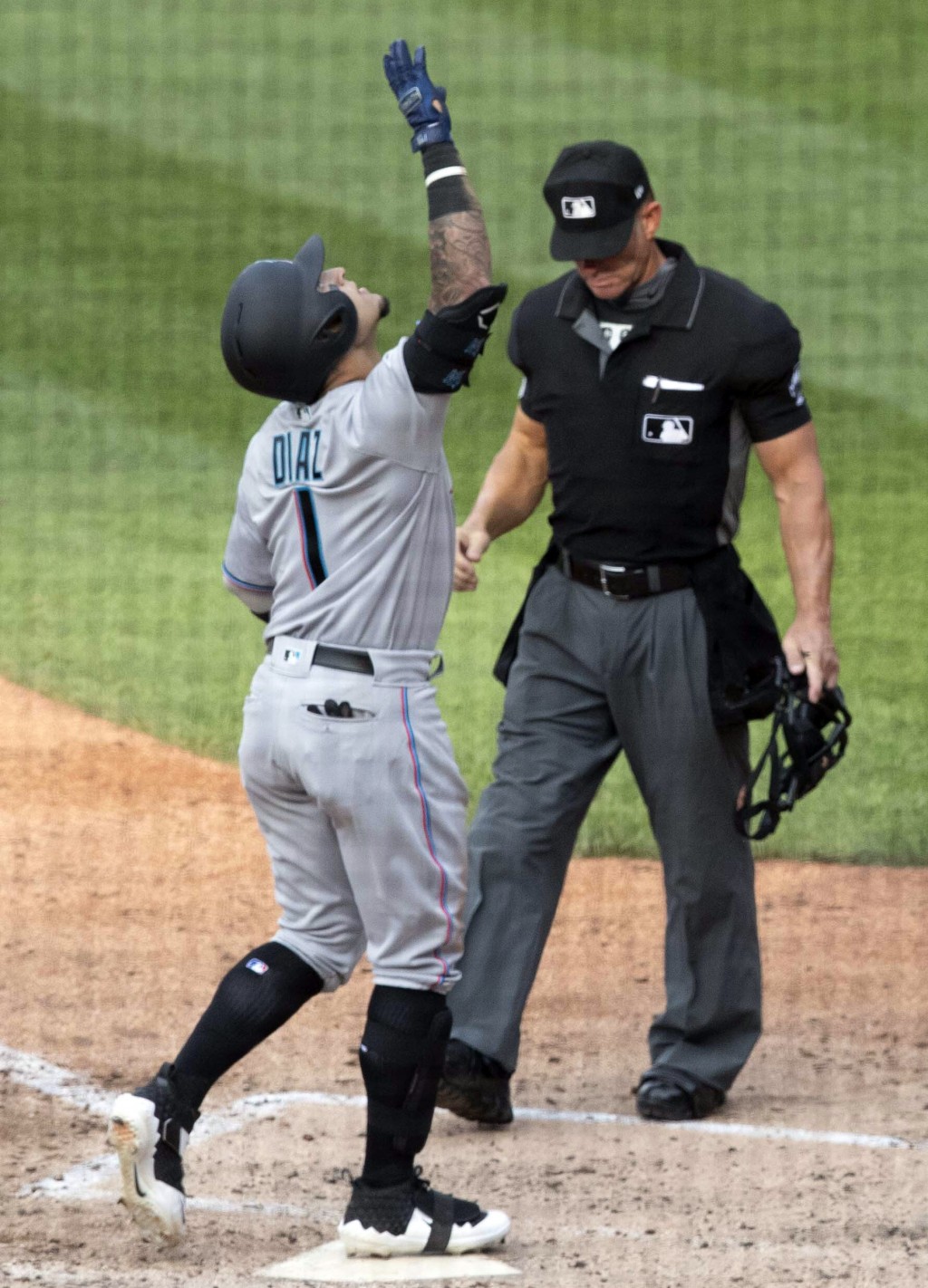 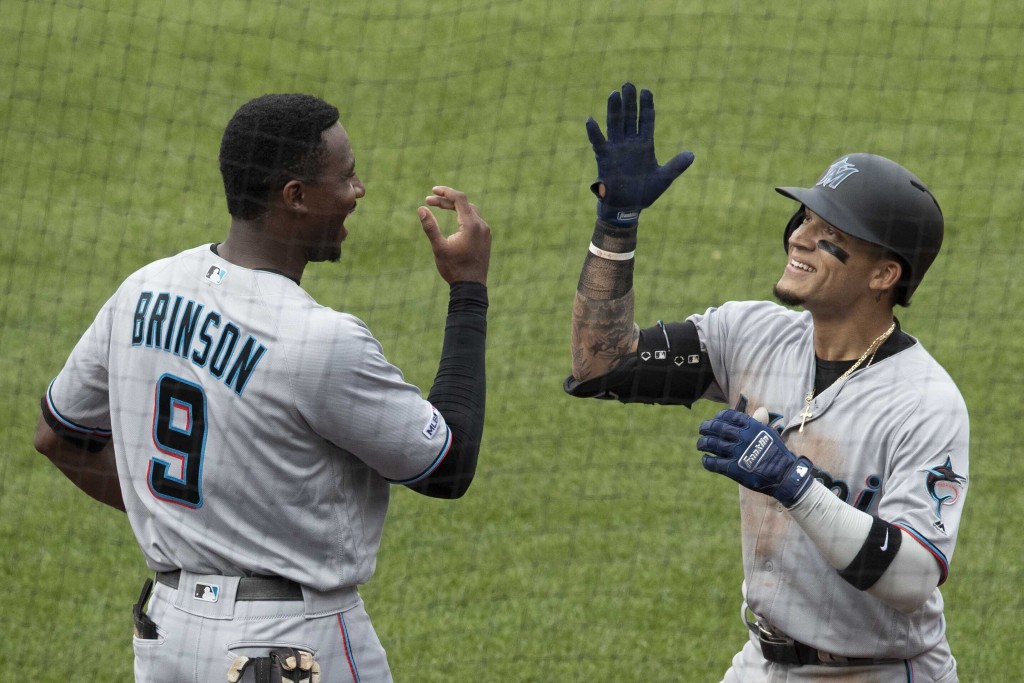 NEW YORK (AP) — Jeff McNeil welcomed Robert Dugger to the major leagues with a home run on his first pitch, Jacob deGrom gave himself a cushion with a two-run single off the 24-year-old rookie and the New York Mets beat the Miami Marlins 6-2 in the opener of a Monday's twi-night doubleheader to reach .500 for the first time since late May.

Amed Rosario broke a 1-1 tie with a third-inning homer off Dugger (0-1), brought up by the Marlins despite a 9.34 ERA in seven starts at Triple-A.

Miami's Isan Diaz also had a memorable home run, connecting off deGrom in the sixth inning of his big league debut for his first hit.

DeGrom (7-7) struck out eight in seven innings, allowing two runs and five hits. Other than the home run, he retired 15 of his last 16 batters.

New York was 40-51 after losing its first game of second half but is 16-5 since, winning 10 of its last 11. The Mets trailed by eight games for the second NL wild card before play on July 25 but started the doubleheader just three games back.

Walker Lockett (1-1) was brought up to start the second game for the Mets, who have not been above .500 since they were 16-15 before play on May 3. Marlins starter Sandy Alcantara (4-10) pitched a two-hit shutout against New York on May 19.

Mets second baseman Robinson Canó went back on the injured list, a day after straining his left hamstring in a game at Pittsburgh. New York did not have a prognosis for the 36-year-old, who was limited to one game between May 22 and June 16 because of a strained left quadriceps. He is hitting .252 with 10 homers and 32 RBIs, including nine hits in his last 15 at-bats.

Dugger gave up six runs, five hits and four walks in five innings, striking out three, hitting two batters and throwing a wild pitch. He became the first starting pitcher to give up a home run on the first pitch of his debut since New York Yankees rookie Derek Jeter — the Marlins current CEO — went deep off the California Angels' Jason Dickson on Aug 21, 1996, according to the Elias Sports Bureau.

Miami revamped its roster, also giving a debut to Diaz, a 23-year-old second baseman who was among the four prospects acquired from Milwaukee in January 2018 for outfielder Christian Yelich. Diaz homered on a 1-2 fastball leading off the sixth, a 422-foot drive to right that was part of a 1-for-4 game.

A contingent of family and friends of the debutants cheered from the seats behind third base,

Another prospect obtained from the Brewers, 25-year-old outfielder Lewis Brinson, rejoined the Marlins and went 0 for 3. Brinson was demoted to Triple-A New Orleans on April 30 after starting the season with a .197 average, no homers and four RBIs.

To make from for Diaz at second, Starlin Castro was moved to third for the first time since rookie ball in 2008. Rookie Jon Berti switched from third to shortstop, where he had played just 11 innings previously in the big leagues.

McNeil homered for the third straight day — nine of his 14 home runs this season have come on the first pitch. He leads the majors in batting.

Miami tied the score when Brian Anderson and Castro doubled on the first two pitches of the second, but Rosario but the Mets ahead with his first Citi Field homer since June 6. DeGrom singled on a high slider in the fourth for his first two-RBI game since May 2017.

Marlins: OF Cesar Puello (strained left hip flexor) and 1B Neil Walker (sprained right index finger) were put on the 10-day IL. RHP Ryne Stanek, acquired last Wednesday from Tampa Bay, was activated. He had not pitched since July 19 due to right hip soreness. RHP Kyle Keller was optioned to New Orleans.

Mets: New York did not have a prognosis for Canó, who was limited to one game between May 22 and June 16 because of a strained left quadriceps. INF infielder Luis Guillorme was recalled from Triple-A Syracuse.