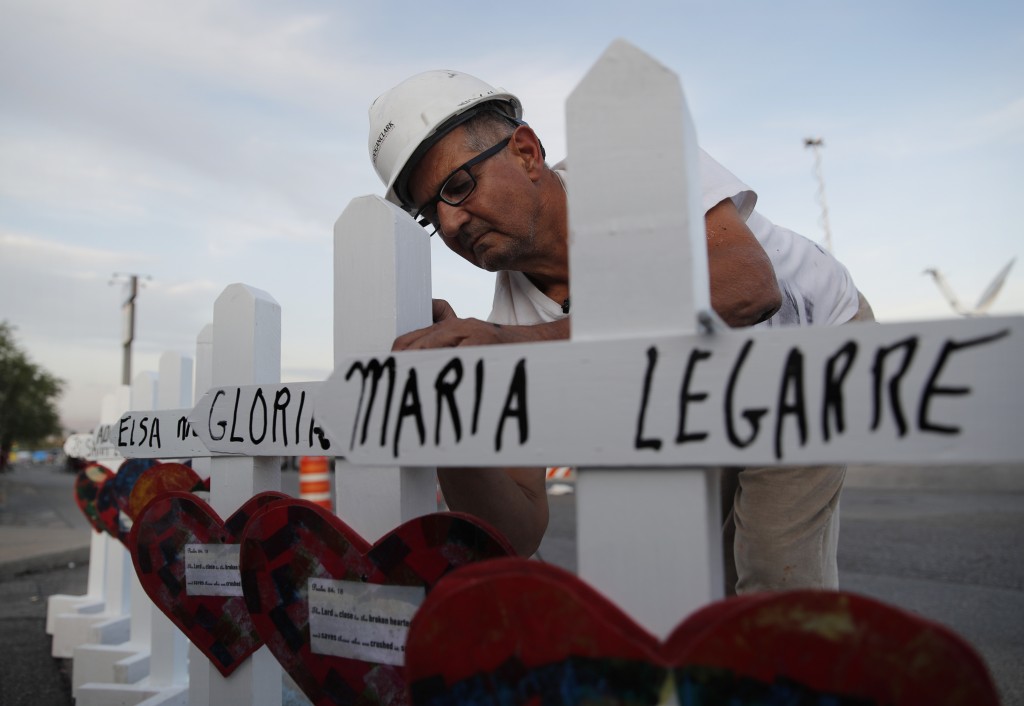 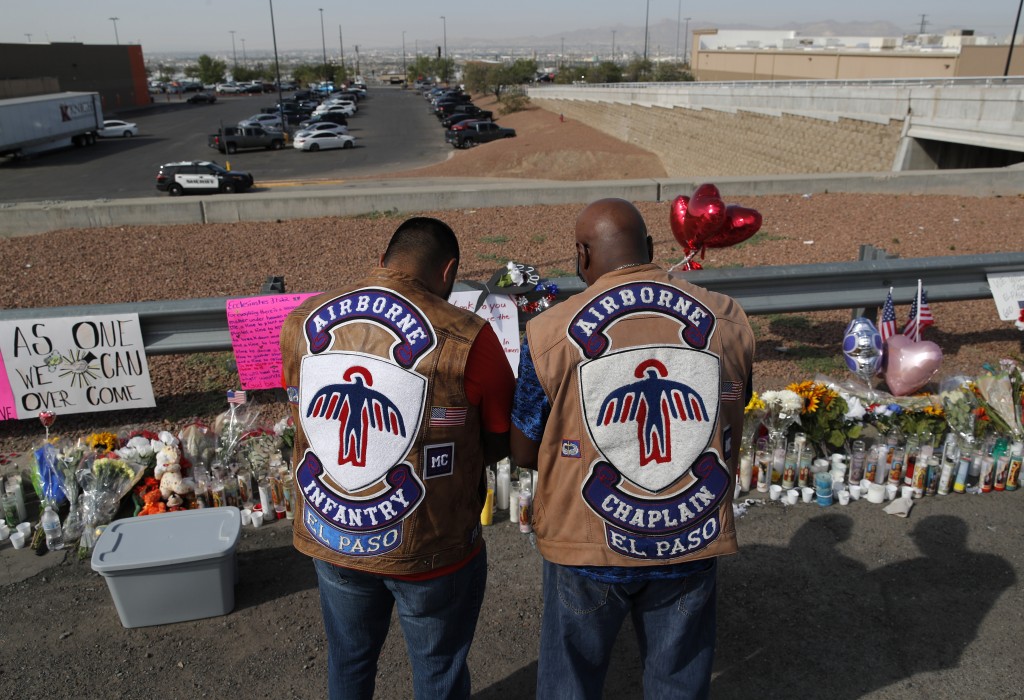 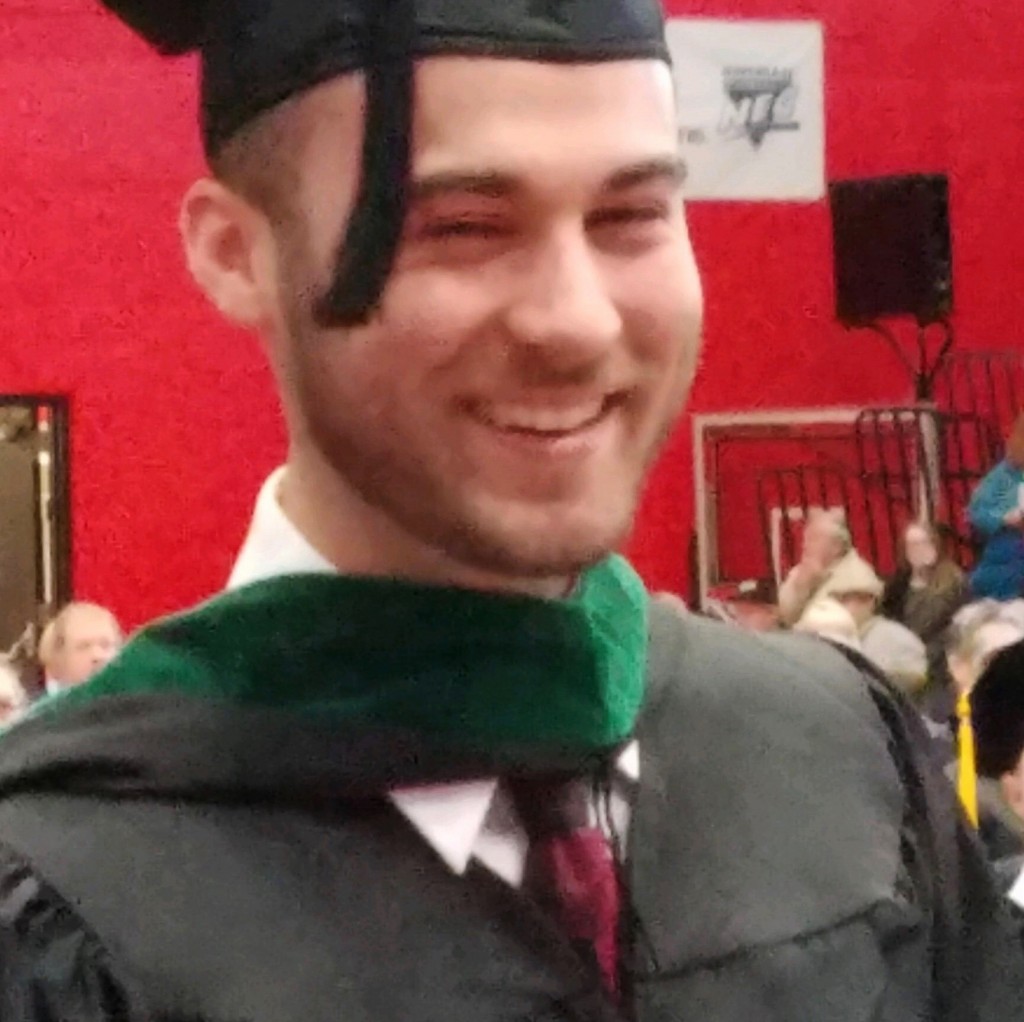 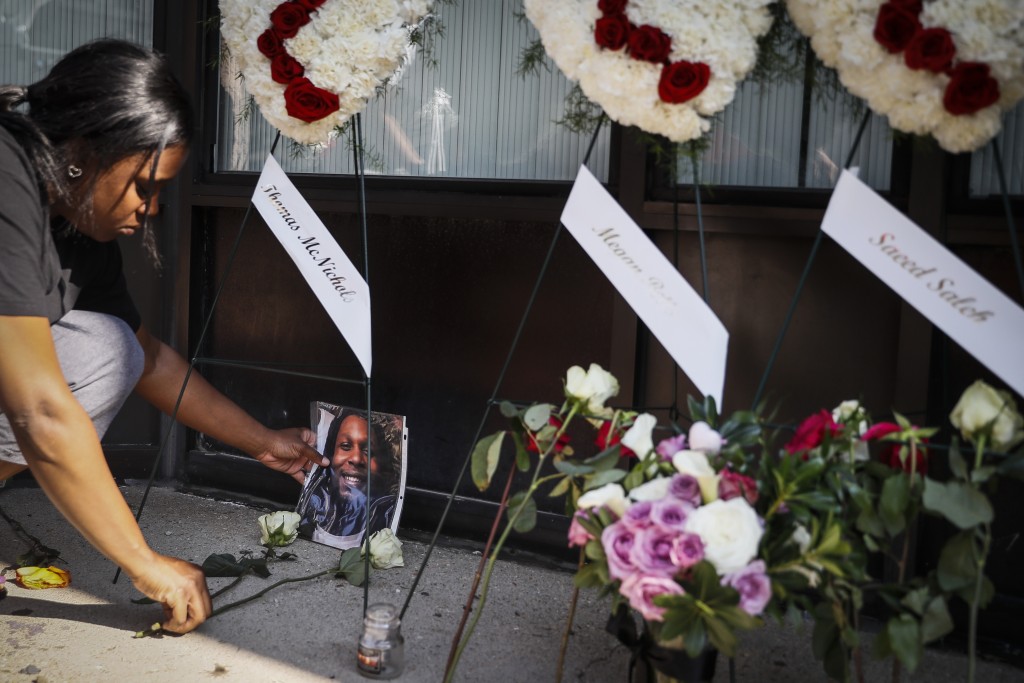 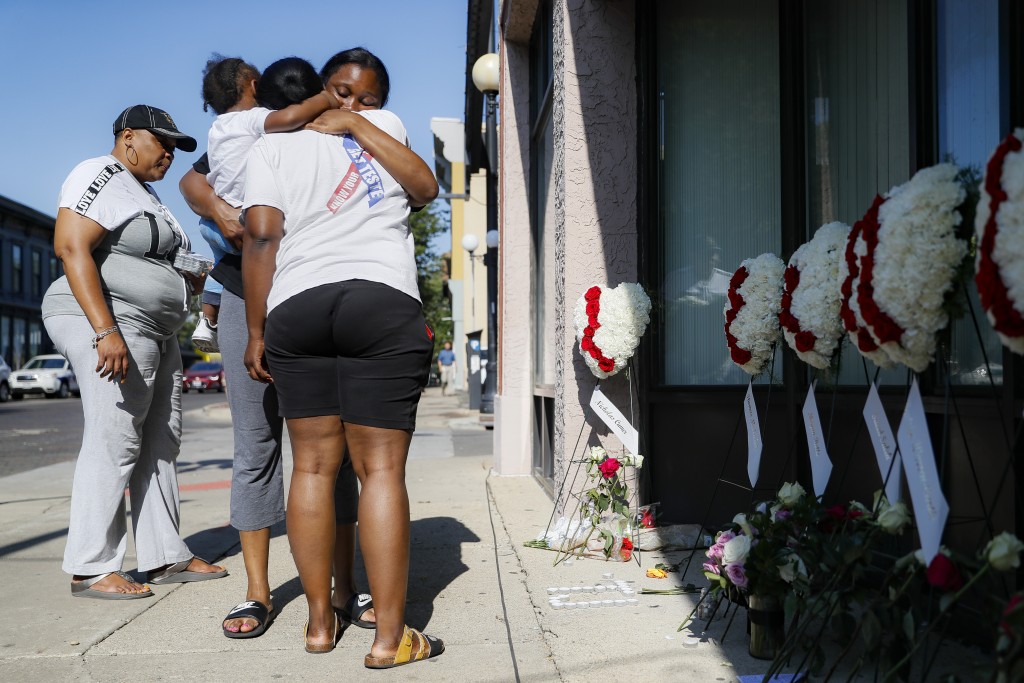 Nearly 1,600 miles (2,575 kilometers) apart, the cities of El Paso, Texas and Dayton, Ohio, have been united in grief and pain by a pair of shootings that left more 30 people dead.

In the Texas border town, a shooter who opened fire at a Walmart store left 22 people dead and more than two dozen injured. Hours later, at an entertainment district in Ohio, another gunman killed nine people and injured at least 27 others.

Here are the stories of some of the victims:

JORDAN ANCHONDO: 'GAVE HER LIFE' FOR HER BABY

Jordan Anchondo was among those killed in El Paso, Anchondo's sister said, and she apparently died while protecting her 2-month-old son from the hail of bullets.

Leta Jamrowski of El Paso spoke to The Associated Press as she paced a waiting room at the University Medical Center of El Paso, where her 2-month-old nephew was being treated for broken bones — the result of his mother's fall.

"From the baby's injuries, they said that more than likely my sister was trying to shield him," she said. "So when she got shot she was holding him and she fell on him, so that's why he broke some of his bones. So he pretty much lived because she gave her life."

Jordan, a mother of three, and Andre Anchondo had dropped off her 5-year old daughter at cheerleading practice before going to shop for school supplies Saturday at Walmart. They never returned.

ANDRE ANCHONDO: HAD TURNED HIS LIFE AROUND

Andre Anchondo — the husband of Jordan Anchondo — had recently turned his life around after struggles with drug dependence and run-ins with the law, a friend recalled.

On Sunday night, John Jamrowski, the grandfather of Jordan Anchondo, said in a text message that his family has been notified of Andre Anchondo's death.

"I love the guy," Azzam said in a phone interview from San Marcos, Texas. "He had the character and the charisma."

Azzam said Andre Anchondo had started a business in El Paso, building things from granite and stone, and made it successful through hard work. He also was on the verge of completing a family home.

"It makes you question your faith almost," said Azzam, who is Muslim. "But God didn't have a part in it. The hands of man altered my friend's life in a drastic way."

Mario de Alba, 45, had come to El Paso from Mexico with his family to go shopping.

Described by his sister Cristina de Alba as an "excellent father" and as a "decent, hardworking person," he was in serious condition Sunday after being shot in the back, the bullet exiting his diaphragm.

His wife, Olivia Mariscal, and 10-year-old daughter Erika both appear to be recovering after also being wounded, de Alba said from the El Paso hospital where her brother is being treated.

The family lives in Chihuahua, Mexico — a four-hour drive south of El Paso — and was buying school supplies in the Texas city. El Paso is a popular shopping destination for people who live in northern Mexico.

Mario de Alba's Facebook page shows him with daughter Erika. In one picture, taken in a living room, Erika cups her hand in the shape of a heart in front of an entertainment center.

Jessica Coca Garcia and Memo Garcia were at the Walmart to raise money for one of their children's youth sports team when a gunman opened fire and wounding them, a relative said.

Norma Coca told Wichita, Kansas-television station KWCH that her daughter and son-in-law were near the front doors when they were shot.

Jessica Coca Garcia's father, Don Coca, said they have family in the El Paso area who were able to be with the couple. Don Coca says: "She was just crying. ... I told her that our prayers are there and we're on our way."

The couple's 5-year-old son and 11-year-old daughter were also at the Walmart and were not shot.

Mexico's Foreign Ministry has identified eight citizens who were killed in the shooting Saturday in El Paso. The ministry did not provide ages for them. They are:

Nicholas Cumer, a graduate student in the master of cancer care program at Saint Francis University in Loretto, Pennsylvania, was among those killed in the Dayton shooting early Sunday.

"Nicholas was dedicated to caring for others," university President Malachi Van Tassell said in a statement.

The family released a statement through a relative saying member were "heartbroken by the loss of our Nicholas" and asking for privacy.

Cumer had been in Dayton as part of his internship program with the Maple Tree Cancer Alliance, which strives to improve the quality of life for those with cancer through exercise nutrition, and faith.

"He was well liked and respected by everyone on our team, and we all will miss him very much," the organization said in a statement. Cumer was a week away from completing his internship.

Van Tassell said a Mass in Cumer's memory will be arranged on campus this week.

LOIS OGLESBY: NURSING STUDENT WHO WANTED TO CARE FOR CHILDREN

Lois Oglesby, 27, was in nursing school and looked forward to a career that would make the most of her love for children, her cousin said. She was also the mother of a newborn and had an older daughter.

Derasha Merrett told the Dayton Daily News that she was up feeding her own newborn when a friend called her at 3 a.m. Sunday to tell her, through sobs, that Oglesby had died in the Dayton shooting.

"She was a wonderful mother, a wonderful person," Merrett said. "I have cried so much, I can't cry anymore."

Merrett said she and her cousin grew up in the same church and that Oglesby worked at her children's day care center.

"We all grew up in this little town, Merrett said. "We're all family."

"Everyone loved Logan," she said. "He was a happy-go-lucky guy."

Turner said her son was out with a few friends when he was shot just outside a bar in Dayton's historic Oregon District.

Turner had a degree from Sinclair Community College and went on to earn an engineering degree from the University of Toledo, his mother said. He also attended Wright State University for a while, according to Seth Bauguess, spokesman for the university in Dayton.

Turner's mother said he had recently started working as a machinist at a company in Springboro.