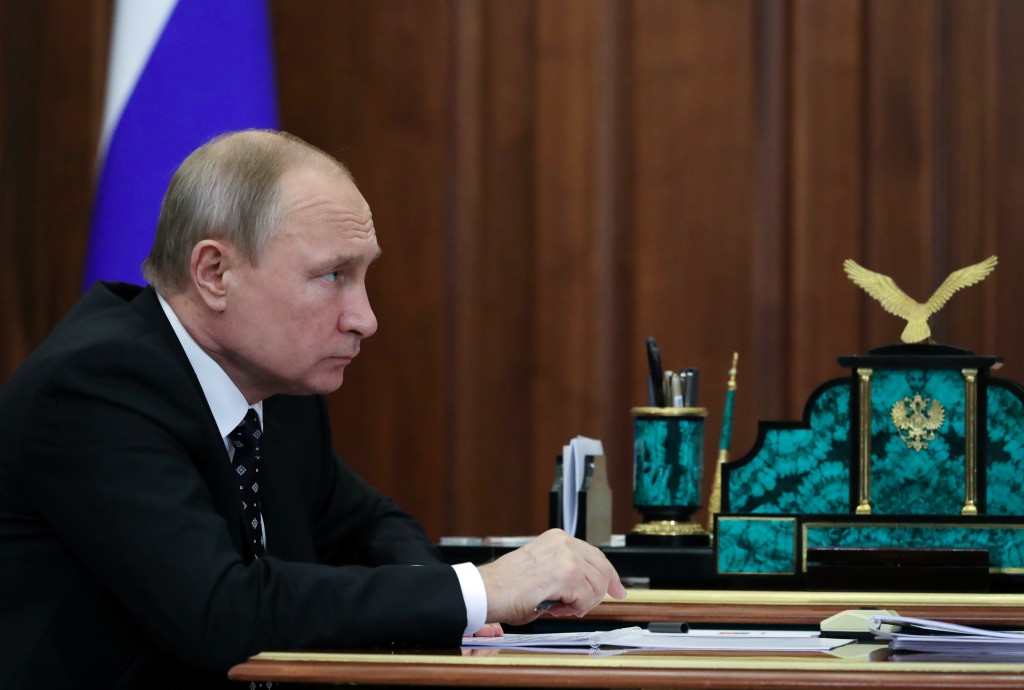 MOSCOW (AP) — Russian President Vladimir Putin says his country will not deploy short- or medium-range nuclear weapons unless in response to U.S. deployments.

His comments Monday come after a meeting with his security council concerning Washington's withdrawal Friday from the 1987 Intermediate-Range Nuclear Forces Treaty.

Putin says "our actions will be exclusively reciprocal and mirrored" relating to "the development, production and deployment" of missiles once banned by INF.

The U.S. announced its intention of withdrawing from the treaty last year, after accusing Russia for years of violating the treaty with a new ground-launched missile.