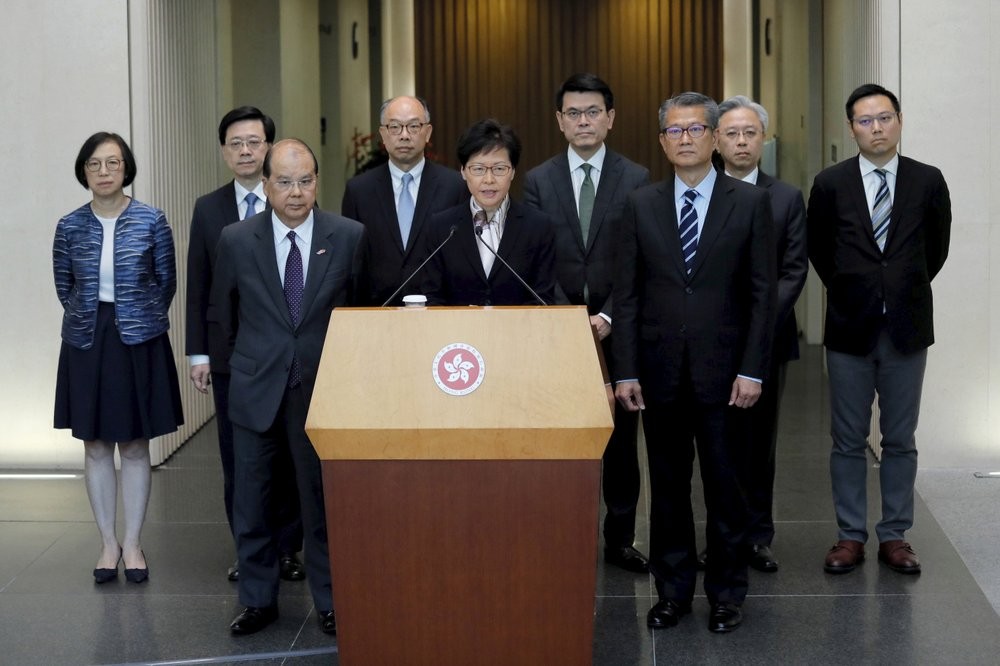 TAIPEI (Taiwan News) – With a city-wide strike in Hong Kong bringing much of the city to a standstill, Chief Executive Carrie Lam held a press conference addressing the city on Monday (Aug. 5). In her remarks, Lam warned the protesters and strikers that they are headed down “a path of no return.”

Speaking from the first floor of the Chief Executive’s Office at 10:00 a.m., Lam expressed her concern that the demands of the protests and strikers have already far exceeded the original extradition legislation. Now, she says, the unrest threatens Hong Kong’s future prosperity and has plunged the city’s population of 7 million people into uncertainty.

Those that continue to stir social instability are pushing Hong Kong towards a point of no return, warned Lam. In order to promote a return to normalcy, Lam encouraged those who strike to respect the decision of those who choose to go to work, reports the China Times.

In response to the anti-extradition protests and the government’s refusal to address the demands of protestors, citizens in Hong Kong have called for a Three Strike campaign (a three-day strike on work, classes, and market activity) in an effort to goad the government into action.

Lam’s response to the strike indicates that she is unwilling, and perhaps unable, to respond meaningfully to the demands of the angered Hong Kong citizenry. In her remarks on Monday, she indicated as much by when she opted to chide the protestors for using the livelihood of 7 million citizens as a bargaining chip to achieve their demands despite claiming that she understands public dissatisfaction with the government.

Echoing her previous, worn-out statements in the ninth week of popular protests across the city, Lam emphasized her position that “Dissatisfaction with governance is not an excuse to resort to violence.” Lam said that more violence will only make the situation more difficult to resolve by increasing anxiety and propelling Hong Kong towards a more dangerous situation.

HK01 reports that the meeting in Shenzhen was hastily called on Sunday (Aug. 4) and that top officials are expected to attend, including Carrie Lam, Wang Zhimin (王志民), the Director of the Chinese Liaison Office in Hong Kong, as well as, Zhang Xiaoming (張曉明), the Director of the Hong Kong and Macau Affairs Office in Beijing. Observers will be watching the meeting on the final day of the Three Strike campaign to see what actions the Chinese Communist Party will respond with.