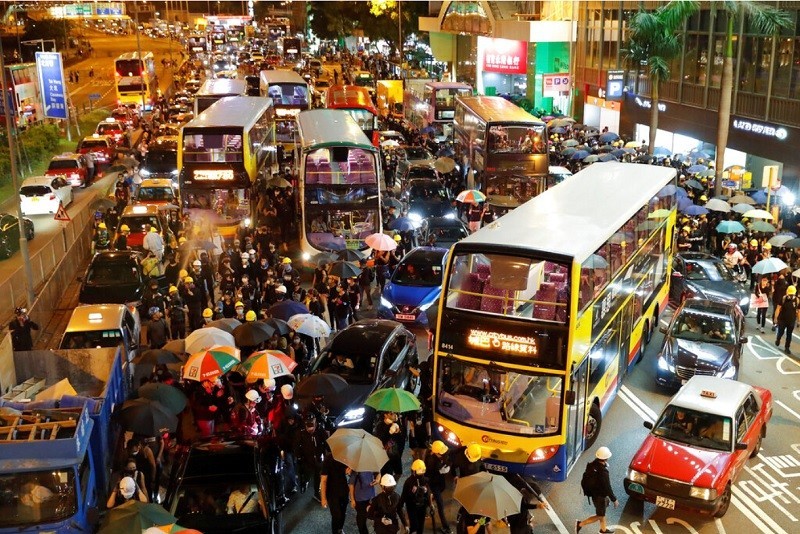 According to local Hong Kong media reports, nearly 3,000 employees in Hong Kong's aviation industry have taken collective sick leave to respond to the Three Strikes campaign, including more than 2,000 Cathay Pacific Airlines employees, 500 Hong Kong Airlines workers, and 320 Jardine Aviation Services staff members. This has resulted in the cancellation of 209 flights at Hong Kong airport as of 8:15 a.m., with another 10 flights canceled for Tuesday (Aug. 6), according to the Airport Authority.

The Three Strikes campaign, also known as the "8/5 Strike," includes strikes by laborers, educators, and civil servants. The maintenance staff of the Hong Kong airport also took a leave of absence to participate. Cathay Pacific and Cathay Dragon said they had received notifications from the Airport Authority Hong Kong (AAHK) that airport operations would be affected today. "We strongly recommend that passengers delay necessary travel on that day," said AAHK. Early this morning, the MTR also indicated that service on the airport express line had been completely suspended and check-in services in urban areas had been suspended.

According to an update on the MTR's unofficial Twitter account run by the company's employees, services were disrupted or delayed on five other lines because of door obstruction incidents. Commuters posted photos on Twitter showing protestors blocking train doors and gathering en masse on platforms at numerous MTR stations. Radio Television Hong Kong (RTHK), interviewed some passengers who were agitated by the flight delays, some of whom had camped out at the airport all night, only to find their flight had been canceled in the morning. However, others said they sympathized with the strike because the government has not been responding to the appeals of the protestors, so they were willing to put up with the inconvenience.

Civil disobedience at its finest.

General strike in Hong Kong today, drivers in Tai Po are helping out by practicing their turning skills.#hongkongprotests #strike pic.twitter.com/Vb7kbEVJVP