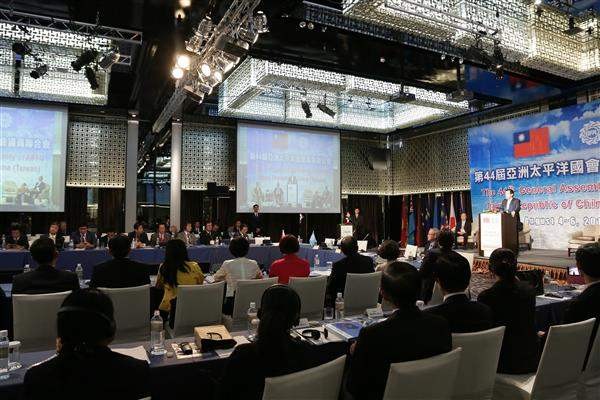 Oti will lead a delegation to attend the Asian-Pacific Parliamentarians’ Union (APPU) general assembly, which is scheduled to open in Taipei on Tuesday (Aug. 6), reported the Central News Agency.

There have been widespread reports of shaky ties between Taiwan and its Pacific ally in recent months after the prime minister of the Solomon Islands, Manasseh Sogavare, returned to power in April. The rumors also came at a time when Beijing has been expanding its influence in the Pacific region, where Taiwan has six allies of its seventeen allies.

Taiwan’s Ministry of Foreign Affairs (MOFA) previously said relations between the two countries remained stable. It added that Solomon Islands members of parliament and government officials who support Taiwan remain in the majority.

According to a statement issued by MOFA on Monday (Aug. 5), dozens of representatives from 13 regional countries and areas will take part in the three-day assembly starting this afternoon, including Japan, Malaysia, Thailand, and Taiwan’s allies in the Pacific region. Legislators from New Zealand, Australia, Germany, and Indonesia will also join some of the events, with the number of participants surpassing 100.

APPU, formerly known as the Asian Parliamentarians’ Union (APU), was first organized in Tokyo in 1965. Renamed APPU in the 1980s, it now has more than 20 member states. This year’s general assembly will focus on democracy and sustainability, with the aim of forging partnerships to tackle environmental problems and promote sustainable development.