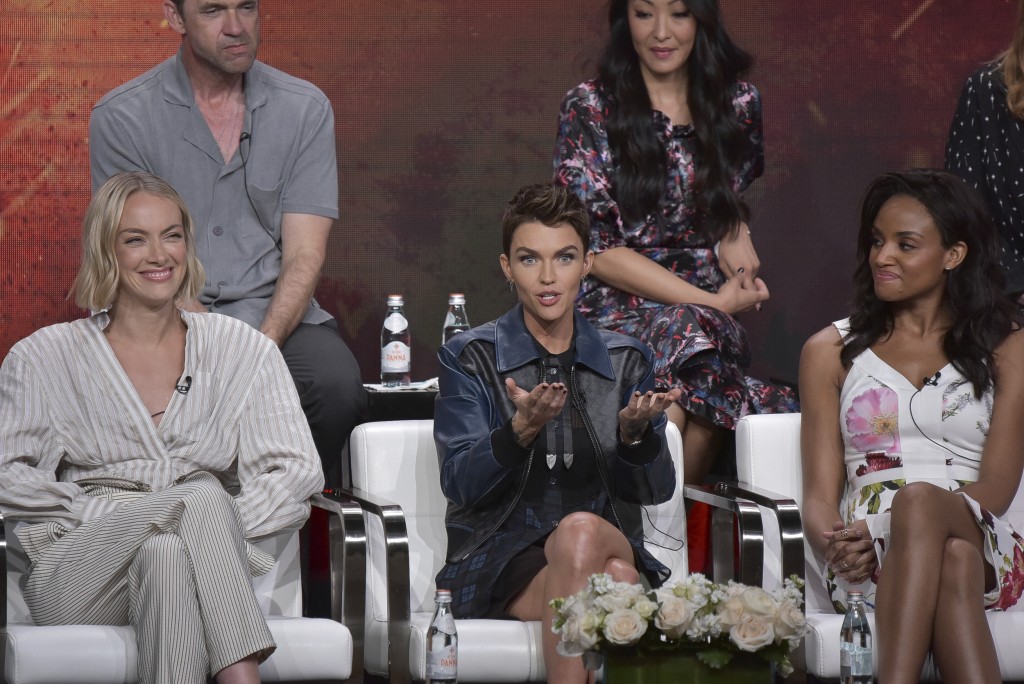 BEVERLY HILLS, Calif. (AP) — Ruby Rose suffered the slings and arrows from schoolmates about being different before the rise of social media.

The 33-year-old gender-fluid actress — who came out as a lesbian at age 12 in her native Australia — hopes her title role on The CW's new series "Batwoman" lets viewers know they're not alone.

It's the first TV series headlined by an out LGBTQ superhero.

Rose, who has said she is bipolar, believes society has come a long way in accepting different groups and says she is seeing greater representation of them on television.

At the same time, Rose told a TV critics gathering on Sunday that social media is "terrifying."

Rose says there's "a lot of pressure" on kids today and she wants young people to be able identify and relate to characters they're watching on "Batwoman."