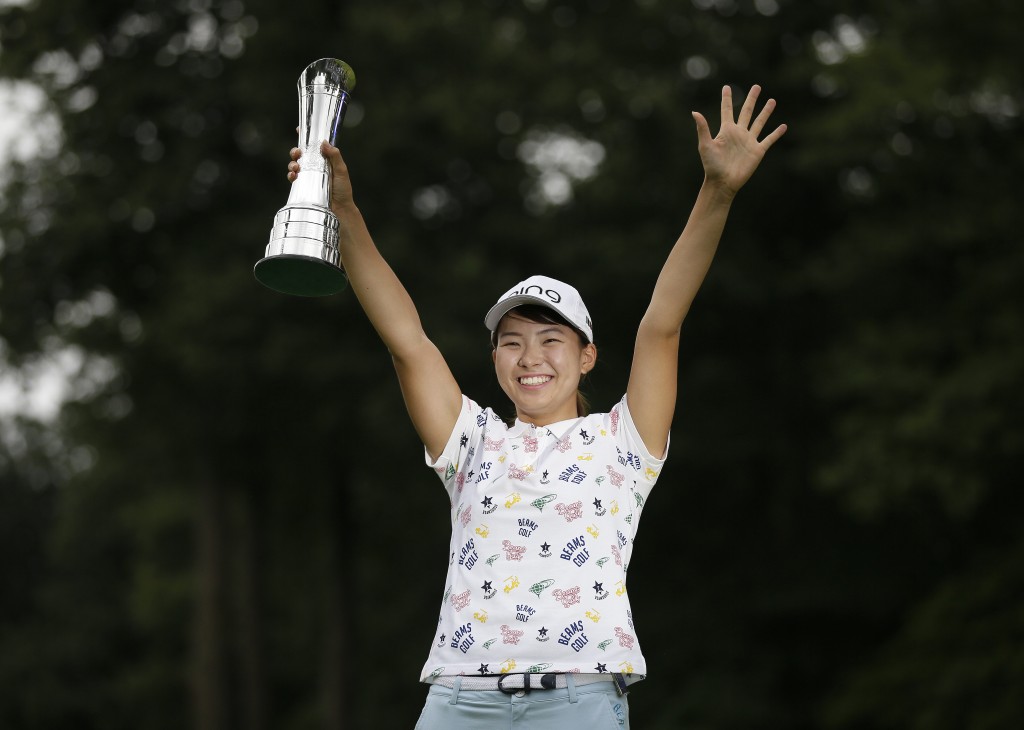 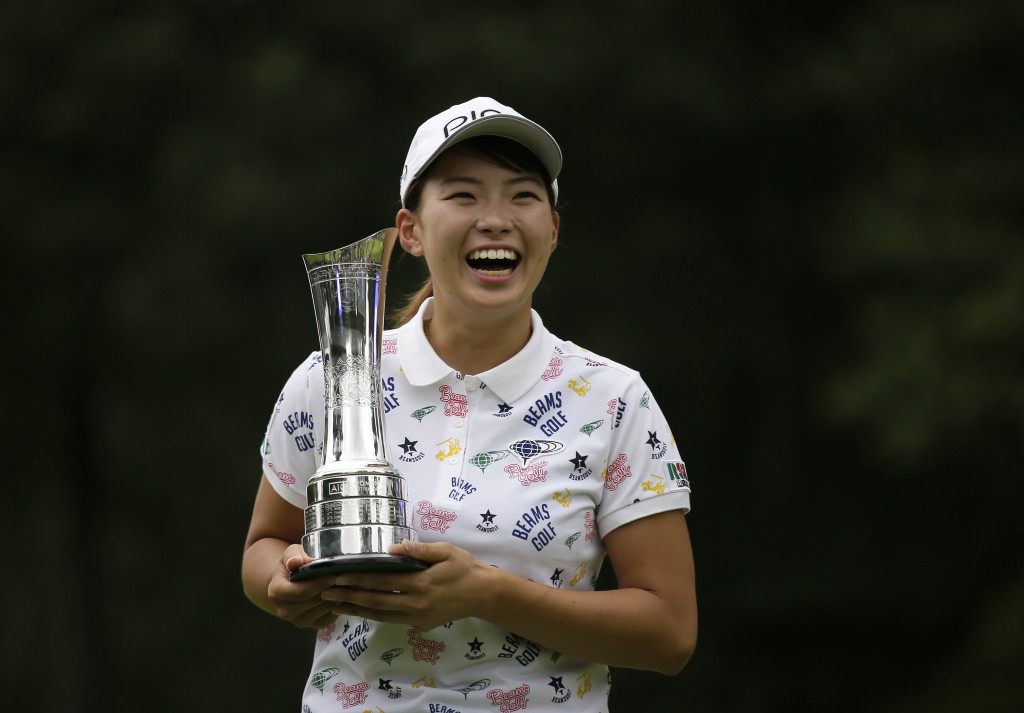 MILTON KEYNES, England (AP) — Hinako Shibuno of Japan won the Women's British Open on Sunday in her major championship debut, holing an 18-foot birdie putt on the final hole for a one-stroke victory over Lizette Salas.

The 20-year-old Shibuno, a rookie on the Japan LPGA Tour who was making her LPGA Tour debut, birdied five of the final nine holes for a 4-under 68 and an 18-under 270 total at Woburn Golf Club.

Largely unknown before the championship, Shibuno — nicknamed "Smiling Cinderella" — started the round with a two-stroke lead, but lost it with a double bogey on the par-4 third. She birdied Nos. 5 and 7 before a bogey on the eighth.

Salas finished with a 65.

Jin Young Ko, who was seeking her third major title of the year after winning the Evian Championship last week in France, was two shots back after a bogey-free 66. Morgan Pressel (67) was fourth at 15 under.

GREENSBORO, N.C. (AP) — J.T. Poston won the Wyndham Championship for his first PGA Tour title, shooting an 8-under 62 for a one-stroke victory.

Poston tied Henrik Stenson's 2-year-old tournament record at 22-under 258. He became the first player since Lee Trevino in 1974 to win a 72-hole stroke-play event on tour without any bogeys or worse.

The native North Carolinian began his round three strokes back, took the lead for good with a birdie on the par-5 15th hole, then finished with three straight pars to earn $1,116,000 and 500 FedEx Cup points at the regular-season finale.

Webb Simpson was at 21 under after a 65. Byeong Hun An, who held or shared the lead after each of the first three rounds, three-putted the 18th for a bogey and a 67 to finish two shots back. Trying to force a playoff with a birdie, he nearly holed a 60-footer but had it run well past.

Poston, a former Western Carolina golfer playing a 100-mile drive from his hometown of Hickory, became the third player in 11 years with strong local ties to win at Sedgefield Country Club. He joined 2008 winner Carl Petterson — a Swede who grew up in Greensboro — and 2011 champion Simpson, a Raleigh native who played college golf at Wake Forest.

José-Filipe Lima rallied to win the Challenge Tour's Vierumaki Finnish Challenge. Five strokes down entering the final round, the 37-year-old Portuguese player closed with a 6-under 66 to finish at 14 under. South Africa's Bryce Easton (71) was a stroke back. .... Ruan Conradie won the Royal Swazi Sun Challenge for his first Sunshine Tour. Conradie closed with a 6-under 66 to finish at 18 under, a stroke ahead of fellow South Africans Paul Boshoff (63), Anthony Michael (64) and Jaco van Zyl (65). Conradie opened the event with a 61. ... Phillip Price of Wales won the Staysure PGA Seniors Championship at London Golf Club for his second Staysure Tour title in three years. He finished with a 5-under 67, making an eagle on the par-5 16th, to reach 17 under. Michael Campbell (67), Peter Lonard (69) and James Kingston (70) tied for second, a stroke back. ... Misuzu Narita won the Japan LPGA's Daito Kentaku Eheyanet Ladies. She closed with a 2-under 70 for a one-stroke victory, finishing at 11 under. ... Christa Johnson won the Janesville Senior LPGA Pro-Am for her fifth Legends Tour title and first since 2011. She shot consecutive 2-under 71s for a one-stroke victory over Pat Hurst.