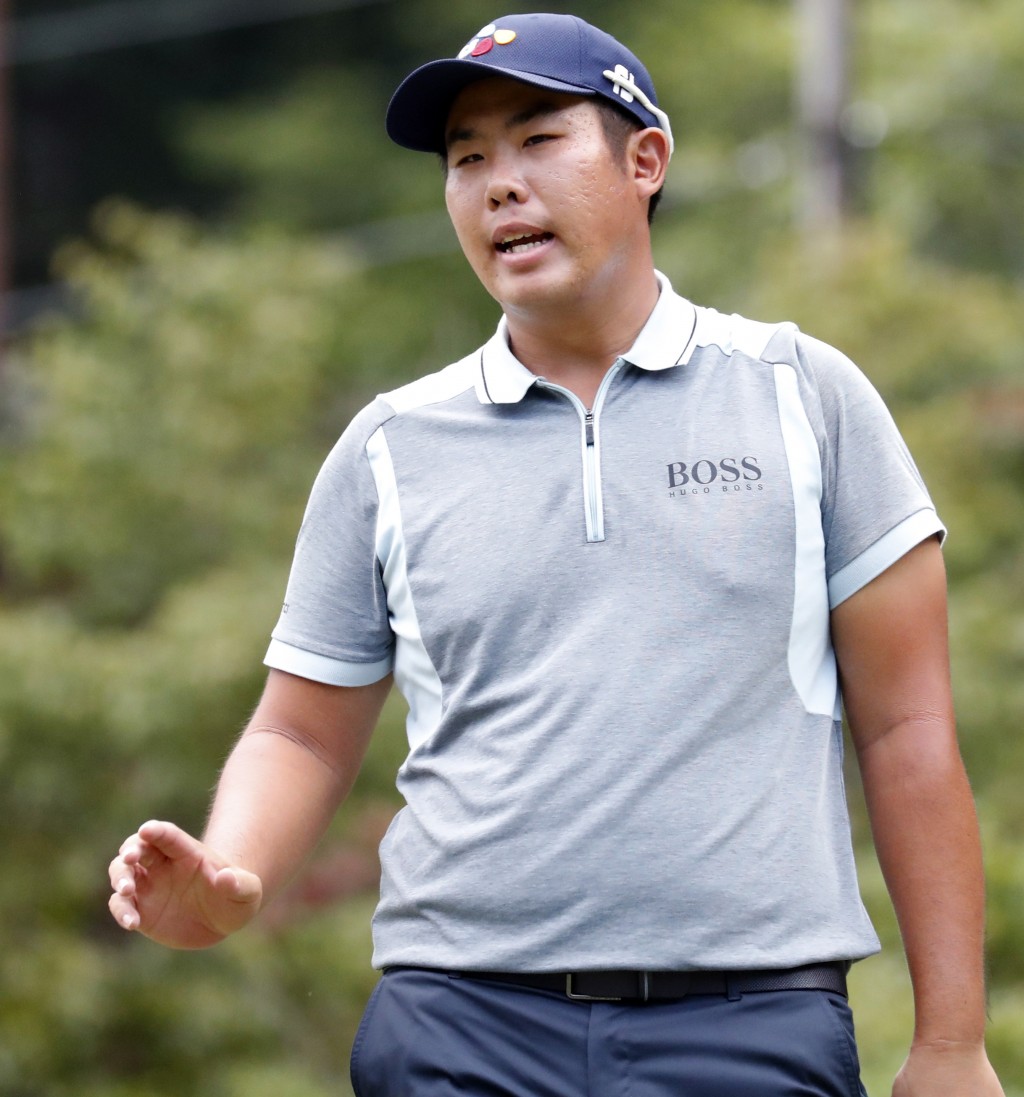 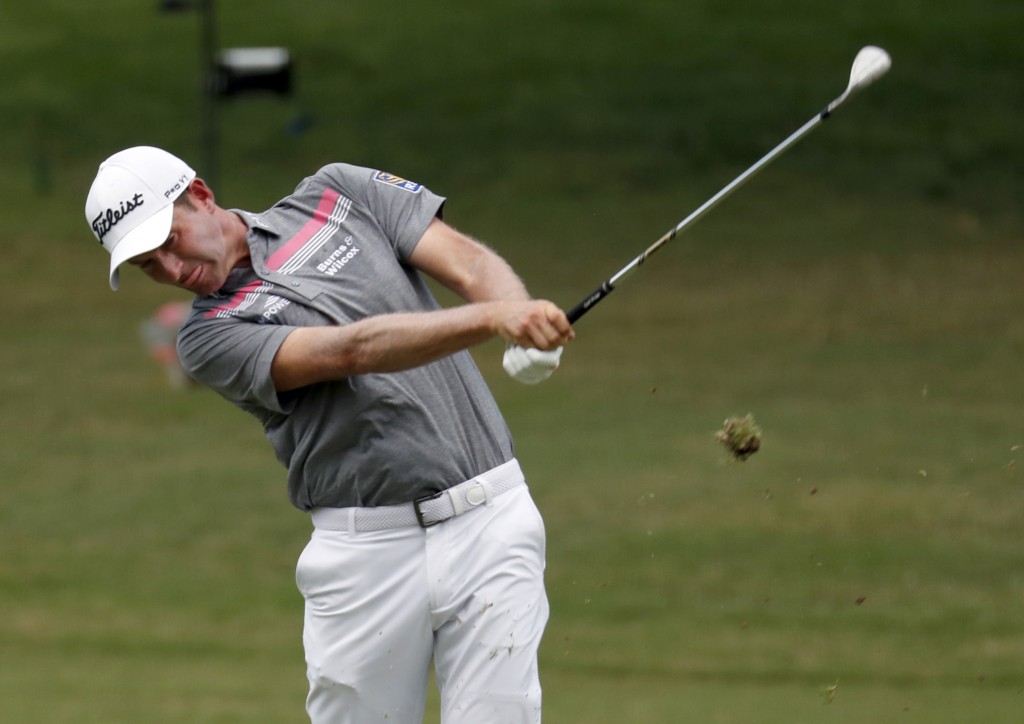 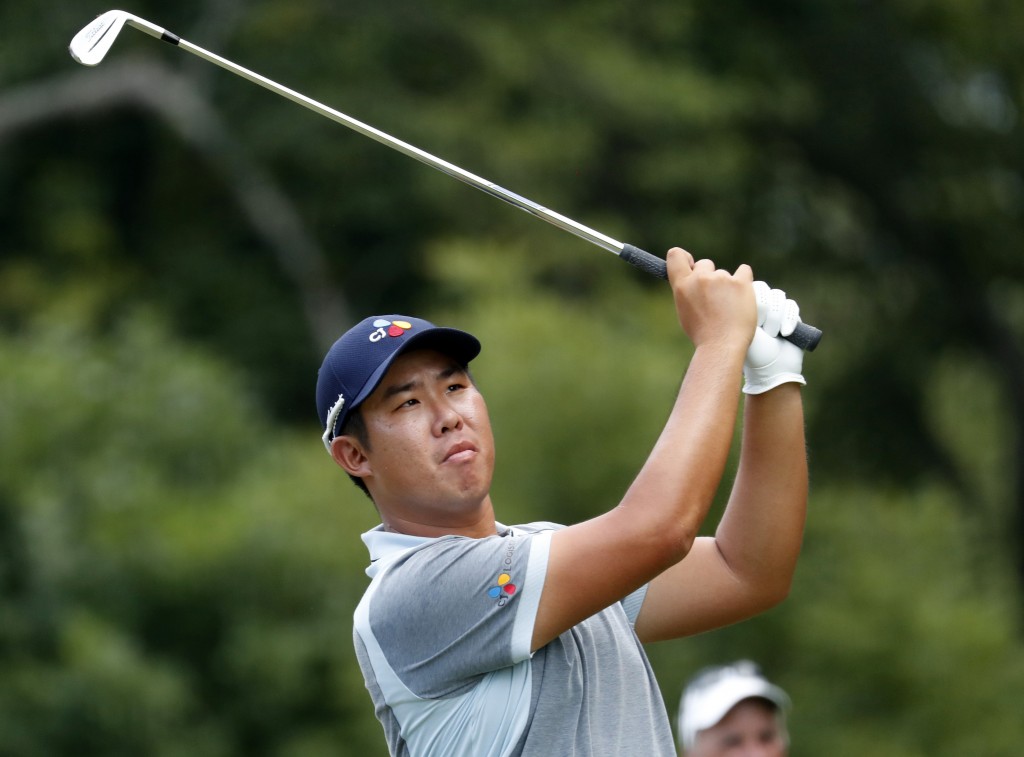 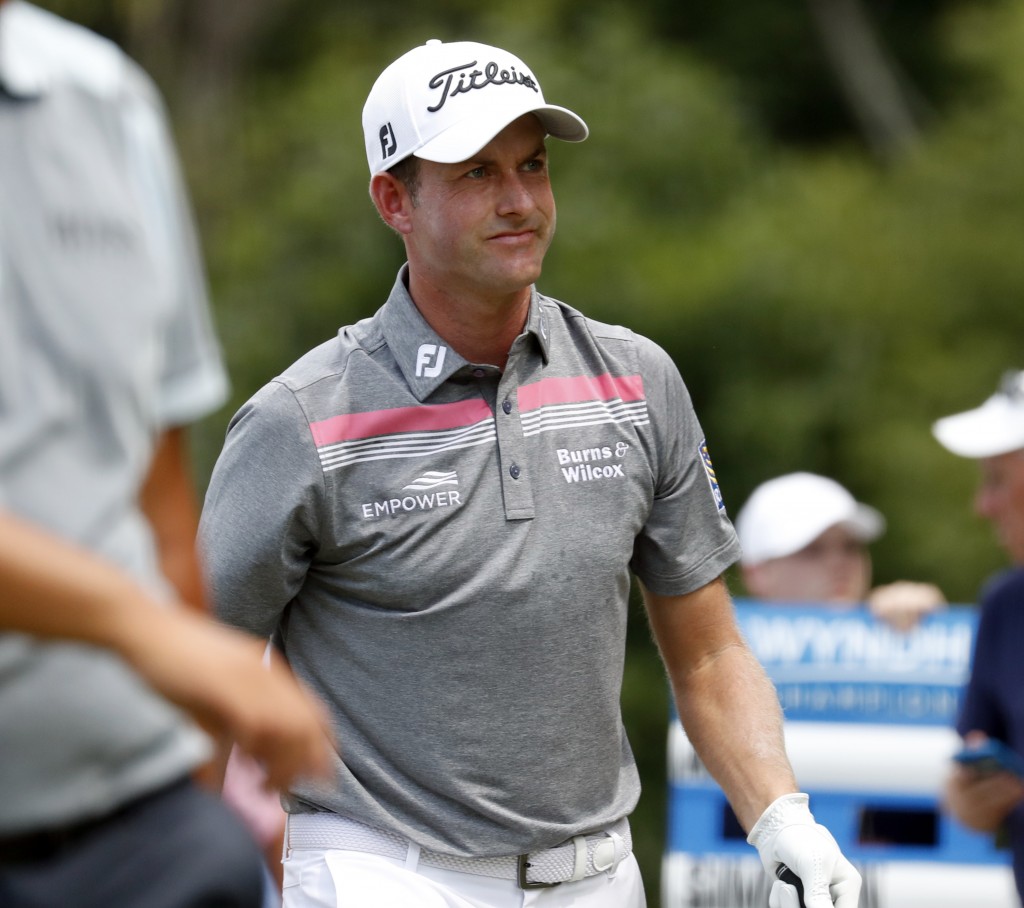 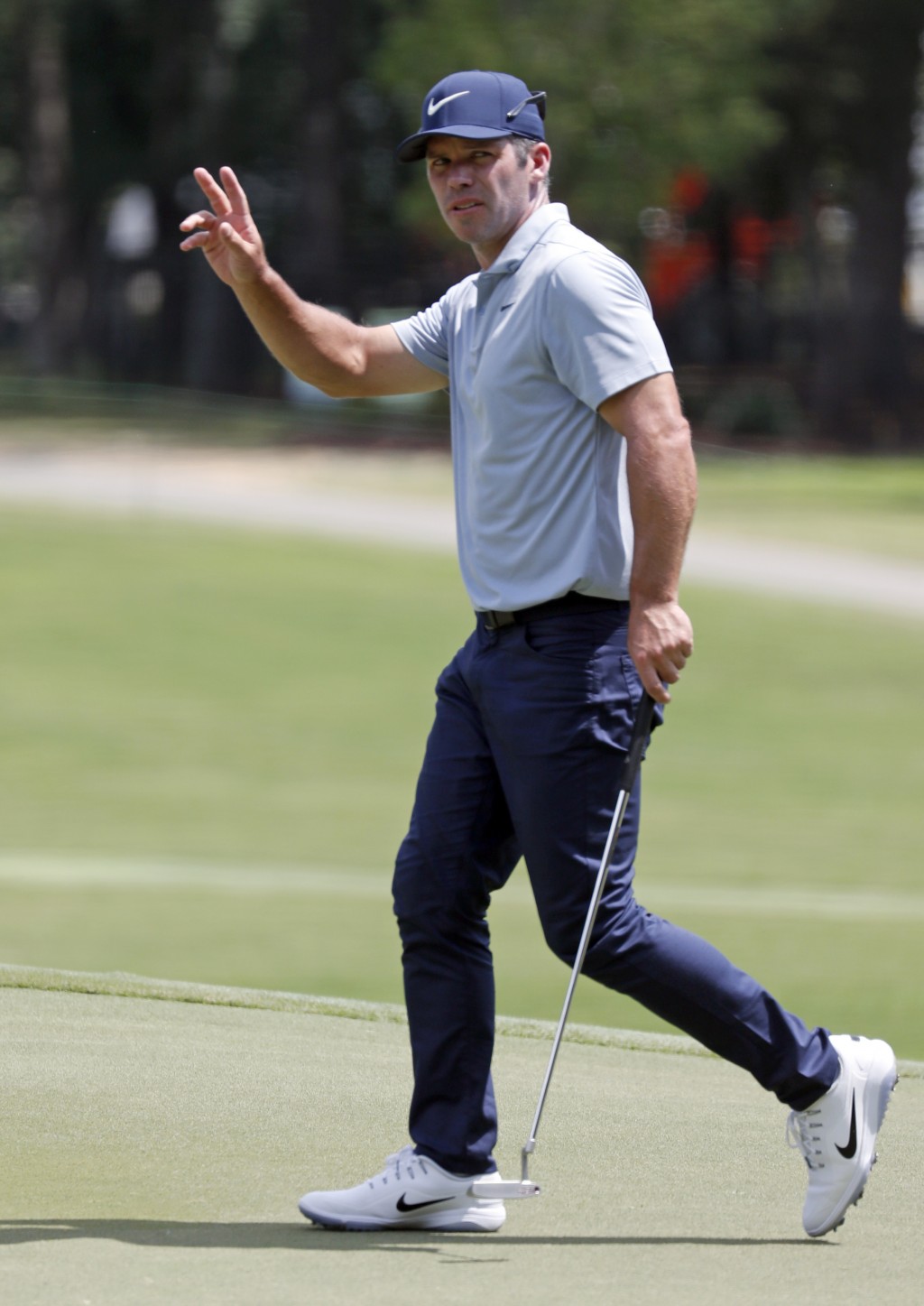 GREENSBORO, N.C. (AP) — J.T. Poston won the Wyndham Championship on Sunday for his first PGA Tour title, shooting an 8-under 62 for a one-stroke victory.

Poston tied Henrik Stenson's 2-year-old tournament record at 22-under 258. He became the first player since Lee Trevino in 1974 to win a 72-hole stroke-play event on tour without any bogeys or worse.

The native North Carolinian began his round three strokes back, took the lead for good with a birdie on the par-5 15th hole, then finished with three straight pars to earn $1,116,000 and 500 FedEx Cup points at the regular-season finale.

Webb Simpson was at 21 under after a 65. Byeong Hun An, who held or shared the lead after each of the first three rounds, three-putted the 18th for a bogey and a 67 to finish two shots back. Trying to force a playoff with a birdie, he nearly holed a 60-footer but had it run well past.

Poston, a former Western Carolina golfer playing a 100-mile drive from his hometown of Hickory, became the third player in 11 years with strong local ties to win at Sedgefield Country Club. He joined 2008 winner Carl Petterson — a Swede who grew up in Greensboro — and 2011 champion Webb Simpson, a Raleigh native who played college golf at Wake Forest.

He closed the gap with An — the third-round leader — with three birdies and an eagle on the front nine.

Then came the key hole: No. 15. Poston took sole possession of the lead with a birdie on that hole after placing a bunker chip 6 feet from the flagstick.

An, playing two groups behind Poston, sent his tee shot on that hole into the weeds. He took a penalty stroke, then landed his third shot left of the green, left his chip 35 feet short and dropped to 20 under after two-putting for his first bogey of the tournament.

After a birdie on the next hole and a par on 17, An needed to finish with a birdie to force a playoff. He sent his tee shot into the trees, recovered by landing his second shot 60 feet from the pin.

Simpson earned his seventh top-10 finish at this tournament since 2010, and climbed to No. 9 on the playoff points list, earning $550,000 in bonus money as part of the inaugural Wyndham Rewards Top 10 program.

Nine players started this tournament with a shot at some of that cash, but only Simpson and Paul Casey came away with some. Casey finished eighth on the points list and earned $600,000.

The other annual subplot at Sedgefield focused on the players on the playoff bubble. Two players who began the tournament outside the top 125 — No. 129 Patton Kizzire and No. 134 Andrew Landry — played their way into the field for The Northern Trust next week in New Jersey. An average of 2.7 players played their way into the top 125 in this tournament's previous dozen years as the tour's final pre-playoff event.

"I definitely knew what I was playing for," Kizzire said.