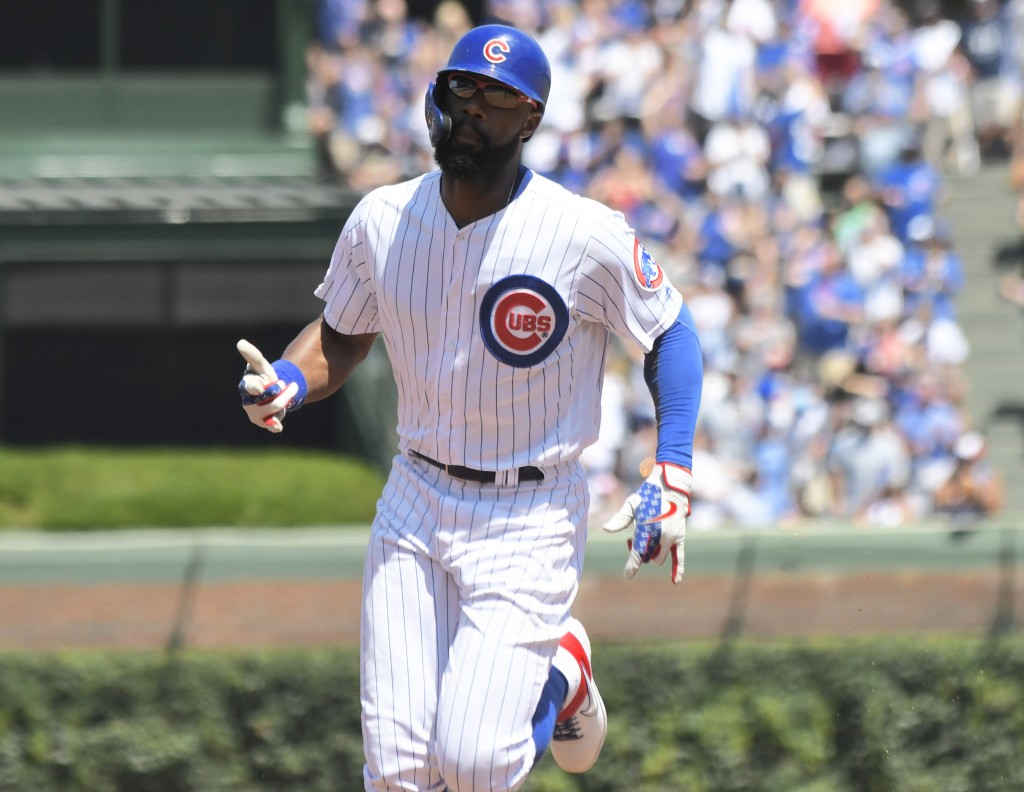 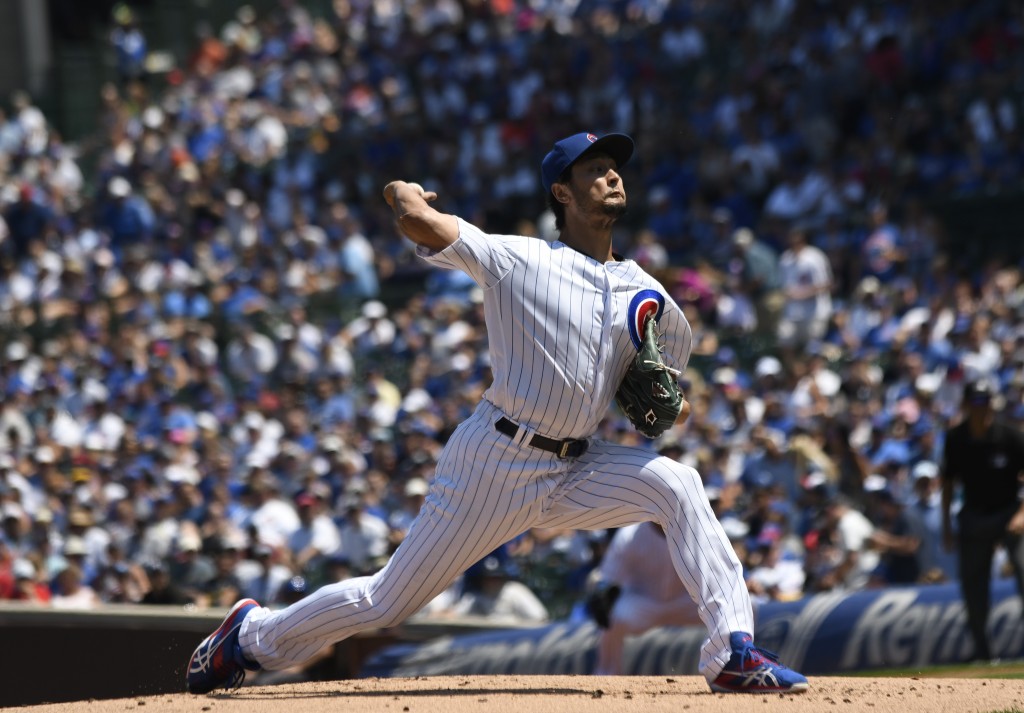 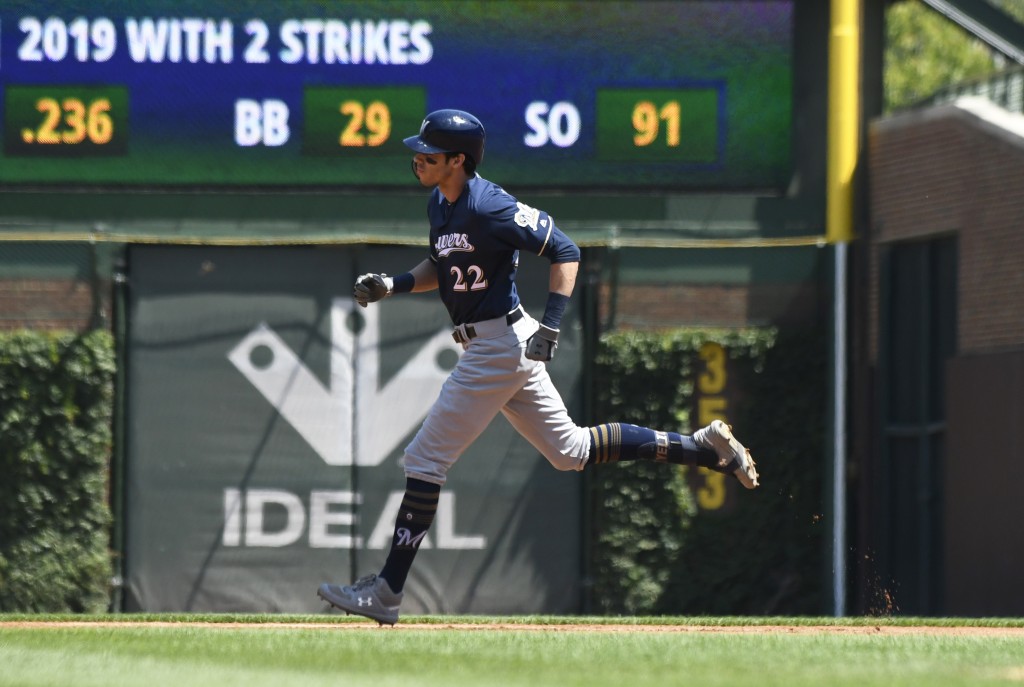 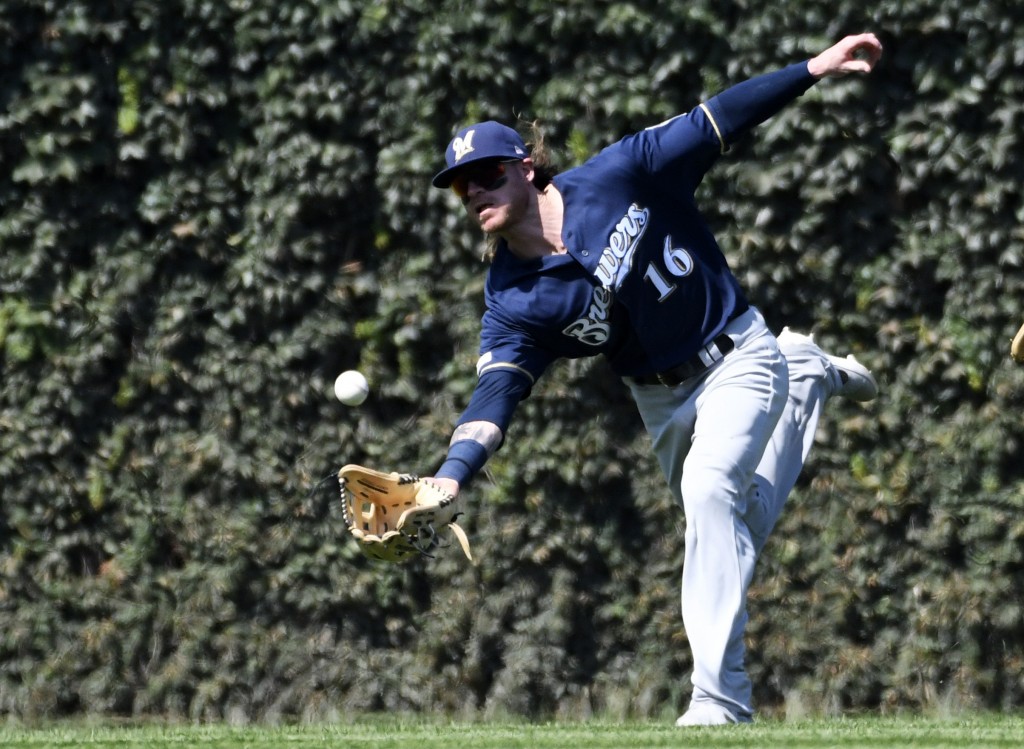 Christian Yelich hit his major league-best 37th homer for Milwaukee, which has dropped four straight and six of seven. The third-place Brewers trail the Cubs by four games.

Milwaukee rookie Trent Grisham picked up his first major league hit in the first and his first homer in the eighth. He went 3 for 4 in his third big league game.

Darvish (4-5) allowed one run and five hits, struck out eight and walked none. He retired 10 straight batters at one point.

Since the beginning of July, the right-hander has 44 strikeouts and just two walks over six outings.

Chicago starters have gone six straight games without issuing a walk, which the team says is its longest such streak since at least 1905.

Derek Holland pitched a scoreless inning and Tyler Chatwood finished for his second save.

With two outs in the first, Yelich homered to left on a 3-2 pitch from Darvish. Heyward tied it with his second leadoff homer of the series, driving Houser's first pitch over the wall in center for his 17th homer on the season.

The Cubs grabbed a 3-1 lead in the second. Heyward drove in the first run with a triple and then scored on a single by Nicholas Castellanos.

Schwarber's solo drive to right in the fifth — his 25th homer on the season — made it 4-1. Heyward drove in another run in the sixth on a fielder's choice grounder.

Chicago added two more runs in the seventh on a sacrifice fly by Tony Kemp and an RBI single by David Bote off Alex Claudio.

Contreras was injured during Saturday's game. After hitting a fly ball, he ran two steps toward first base before reaching back and grabbing his right leg.

He is scheduled to undergo an MRI on Monday to determine how long he's likely to be sidelined.

Cubs: 3B/OF Kris Bryant is dealing with a sore knee, but manager Joe Maddon said he was held out of the lineup simply for a day of rest. "He could have played today, but I chose to do it this way," Maddon said.